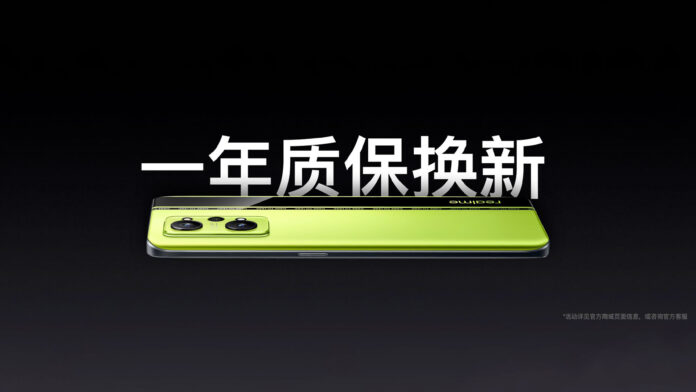 Realme's 2021 was studded with very interesting smartphones, especially those of the GT range. And after seeing the top model, the first Gt neo (become X7 Max Global), but also i GT Master, the time has come for the new Realme GT Neo 2, which is placed in the medium-top range with a look at gaming, thanks to its highly respectable technical specifications.

The smartphone is interesting from the design, which shows off particular and very captivating colors like the Pure Mint (dull green with black band), the Pure Black and the iridescent coloring Ash blue, all made with glass AG. But also the display does not look bad and looks like a panel from 6.62 ″ AMOLED E4 with the particularity of having a sampling of the touch at 600 Hz.

Turning to the hardware, what is definitely the chipset of the year stands out Snapdragon 870, accompanied by the Adreno 650, as well as up to 12 GB of RAM and up to 256 GB of storage, which does not lack the expansion Virtual RAM. For the battery we have the capacious 5.000 mAh rechargeable module a 65W. The camera then uses a triptych of sensors from 64 + 8 + 2 MP with wide angle and macro. The selfie camera is then 16 MP.

However, what captures Realme GT Neo 2 is certainly the software and the characteristics that we would define as gaming: multi-layer dissipation system with sheet in diamond particles, vibration on X-axis, stereo speaker with Dolby Atmos Gaming and the revamped GT Mode 2.0. All based on Realme UI 2.0 in turn based on Android 11. This will then be updated to the announced Realme UI 3.

The new Realme GT Neo 2 it then arrives in China and uses a starting price for the version 8 / 128 GB about 329€ (exchange rate of 2.499 yuan), which all in all is a very fair price for a model with these characteristics. A Global version is also expected which could arrive later.

Want to know everything about the new Realme GT Neo 2? Then take a look at ours mega in-depth dedicated!