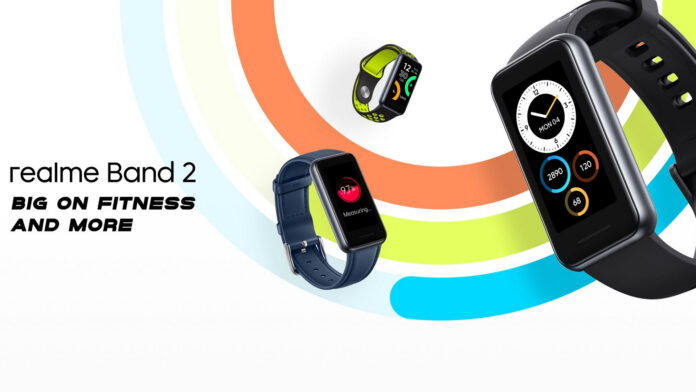 After the first chapter (reviewed by us), the Chinese house returns with a new smartband and this time changes the cards on the table. The OPPO sub-brand is increasingly intent on expanding its ecosystem, as shown Realme Book e Realme Pad. But I might also mention robot vacuum cleaner, air purifier, razor e hairdryer, to name a few of the recently launched devices. Among the sectors that Realme is attacking the most we also find that of wearables, between smartband and SmartWatch. And the new one Realme Band 2 is the clear proof of this expansion: let's find out all the details on technical specifications, look, price and availability of the wearable.

15 / 09 Update: Realme Band 2 is official but for now only in Malaysia. However, we have all the details on design, specifications and price that you can find directly in the article.

Realme Band 2: everything you need to know about the new smartband

The new Realme Band 2 it is just as seen in the leak images of the past few weeks, once again demonstrating the reliability of certain insiders. And compared to the first model, we can see a change of design quite obvious. If the first smartband had standard features for the world of fitness trackers, the new model shows itself as a hybrid with the world of smartwatches. A bit like what happened with the Honor Band 6, Realme has significantly focused on the screen, with a diagonal that goes from 0,96 ″ ad 1,4 " (with resolution 320 167 pixels x and a brightness up to 500 nit). In this round there are neither physical buttons nor soft touch, so the interaction takes place entirely via touch screen and gesture.

With dimensions of 259.8 x 24,6 x 12,1 mm and a weight of 27.3 grams, Realme Band 2 certainly has a larger footprint than its predecessor, but the benefits are many. Later we can see part of the sensors, with the obvious presence of the heart rate monitor.

Still on the subject of design, the Band 2 will have multiple straps, in various colors: it is of silicone solutions (you see them above) but the real surprise comes from the blue color, in imitation leather.

Regarding the sensors, Realme Band 2 presents the Bluetooth 5.1 and is able to interface with the smartphone via the Realme Link app. Also thanks to the latter it is possible to exploit the controls remotely for devices AIoT of the brand. Compared to the 90 mAh of the first model we have a battery from 204 mAh, can offer up to approx 12 days of autonomy. The recharge, then, does not take place via USB, but via magnetic PINs. Then there is water resistance up to 5ATM, also useful for swimming; a proposed physical activity, there is support up to 90 sports modes.

The health-related module is the classic: we have the heart rate monitor with the monitoring ofcardiac activity 24 hours a day, monitoring the sonno and detection of blood oxygen levels (SpO2).

At the moment the Realme Band 2 was launched only in Malaysia but it is very likely that it will arrive in India and at a global level very closely, especially considering the event on the horizon (the one dedicated to Flipkart and which will see the launch of Realme's first TV Stick). In short, it cannot be excluded that the new wearable can also find space in our latitudes, but for now there are no details.

As regards the price sales, Realme Band 2 was launched at about 28.3 € at the current exchange rate, which is 139 Malaysian riggits.