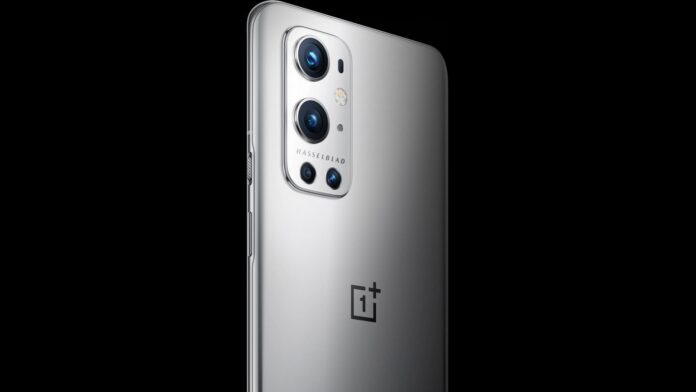 A few months have passed since the launch of the models of the 9 series e OnePlus is now focusing on the mid-range, with the launch of the models North CE 5G and the first chat about Nord 2 ed N200. This does not mean that the Chinese house is not preparing anything else and in fact the rumors about the future of the top series are already beginning, with OnePlus 9T: let's find out the first details about specifications, displays and so on.

20 / 09 Update: CEO Pete Lau confirmed that there will not be a new T series flagship. Find all the details directly at the end of the article.

OnePlus 9T: all the rumors about the next model of the T series

The first details appear on the display

A well-known Chinese leaker offers us what should be the first details regarding the display of OnePlus 9T, obviously to be taken with pliers. Although this is a leak, it is still plausible: the device should adopt the same panel LTPO seen on board OnePlus 9 Pro. It would therefore be a solution Samsung AMOLED E4 with curved edges and refresh rate up to 120 Hz (variable). Unlike the Pro model (Quad HD +) the 9T model should have a resolution instead Full HD +. In short, it should be a respectable display, albeit with some small "shortcomings" compared to the big brother. To conclude, no model would be envisaged OnePlus 9T Pro: the tradition was inaugurated (and concluded) with the 7T Pro.

We report this in-depth study dedicated to LTPO technology, useful for better understanding this novelty.

There is still no talk of the specifications of the next OnePlus flagship, but we can already begin to make assumptions. The device could follow in the wake of current models and have it on board Snapdragon 888. However, there is a possibility: the first devices with Snapdragon 888 + (fresh launch) will arrive in Q3 2021 and maybe Oneplus 9T it could be one of the top of the range equipped with the chipset.

Obviously there is no certainty and we are waiting for news. As for the software part, the leaks speak of the presence of the ColorOS 11 native for the Chinese version of the flagship: nothing new, given the strong "rapprochement" between OP and OPPO. For our part we could add that at the level of memories we should have support for Virtual RAM, technology that we have extensively illustrated in this in-depth study.

At the moment we know poco or nothing compared to the photographic sector of OnePlus 9T. However, remember that the same company has formalized two technologies for cameras: Super Panoramic Camera and Bionic Lens. Which of these will be on board the device and which will arrive with the next top generation? Obviously as soon as we know more we will update this article with all the details.

Meanwhile, a leaker "confirms" the collaboration with Hasselblad even if it is not clear if it will be again at the software level and if the specialized company will also put hand to the photographic behavior. Speaking of the latter, there are rumors of a main sensor from 108 MP, presumably (but the source does not specify) a Samsung ISOCELL Bright HMX module.

OnePlus 9T will not have a release date: the CEO explains why

Despite all the rumors of the previous weeks, in the end came the blow directly from Pete Lau, CEO and founder of OP: OnePlus 9T will not be done. Since 2016 the Chinese company has always launched one or more models of the T range, but this time the last top will be the previous 8T (of which you can find our review).

Strangely, the Chinese house has revealed that there will not be a 9T but that "other versions" will arrive anyway. A clear reference to OnePlus 9RT, protagonist of a slew of leaks (also by important newspapers, here you find all the details).