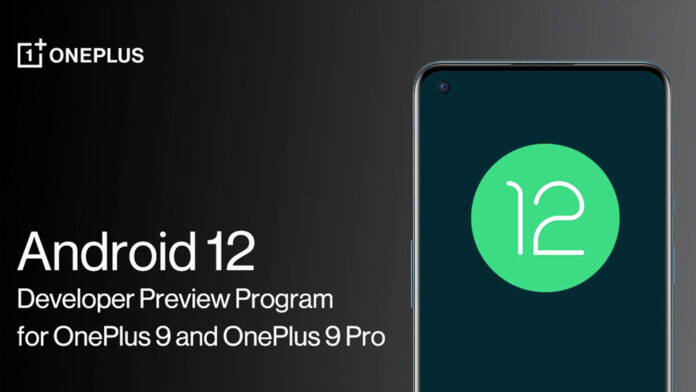 With the arrival of Android 12, various manufacturers have begun to release the first ROMs, as in the case of OnePlus. We also find the new version of the Google OS Xiaomi, as well as OPPO, Realme, iQOO, ASUS e TCL. But in this article we focus on the compatible devices of Pete Lau's company, namely OnePlus 9 and 9 Pro, for which the Android 12 ROM is now available Developer Preview.

Upgrade 28 / 09: the new release of Android 12 Developer Preview 2 for OnePlus 9 and 9 Pro has started. Find all the details at the end of the article.

Android 12 Beta for OnePlus 9 and 9 Pro: all the details

The race to Android 12 it has begun and all the main Chinese brands are ready to have their say. OnePlus 9 and 9 Pro received Android 12 Developer Preview very recently, complete with download links, installation instructions and the possibility of rollback. Obviously this is an experimental release that could bring some problems (which actually happened, so read on). At the moment the following defects are found:

Also all data is erased during the build flash operation. The risk of brick of your OnePlus device is very high and for the moment there are no download links. For all the details read on.

For all the news on Android 12 take a look here!

Problems with Android 12 and OnePlus 9 and 9 Pro: what's going on?

A member of the OnePlus team announced that they have temporarily stopped the download of Android 12 for OnePlus 9 and 9 Pro. The reason is obvious: the user feedback has not been at all exciting with various brick problems. Of course, you can reset your device via EDL mode but it still remains a serious headache. For this reason the developers preferred to pause the release which will resume once the problems have been fixed.

It took a few days longer than expected, but the roll-out that brings Android 12 Beta to OnePlus 9 and 9 Pro has officially restarted. The OxygenOS development team has released a new software build corrected by the problems encountered with its first version. However, the bugs reported above remain. If you want to install the ROM, find all the instructions in the dedicated thread.

Months after the first release, availability for Android 12 Developer Preview 2 for the duo made up of OnePlus 9 and 9 Pro. Here's what's new:

Like all experimental ROMs, even the new Android 12 Developer Preview brings with it some problems for the two OnePlus smartphones.

The above warnings remain valid, including the risk of bricking the phone. If you still want to try the new release, if you already have Developer Preview 1, you will soon receive the OTA update notification. If you need to install it for the first time, then I refer you to the dedicated thread.