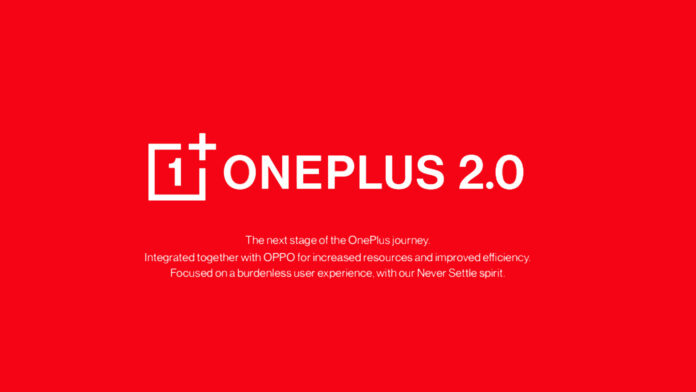 Now it's official: OnePlus 9T will not be done. And this time it is not the leakers or rumors that say it, but the company's management itself. It should be there instead OnePlus 9RT, but that's not the point of this article. After the announcement of the past few months, we now have new details on merger between OnePlus and OPPO and all that will follow. It was last June when the two companies announced the union of their respective teams. A news that raised a certain fuss, confirming the impression that many had had over the years, namely that OnePlus is a sub-brand of OPPO. An aspect that neither side has addressed, but that it has been confirmed in an internal document leaked from a trusted source.

OnePlus and OPPO come together: news for the future of the OxygenOS

Since OnePlus and OPPO have joined, a certain discontent has been generated, even internally of OnePlus itself. But I could say the same at OPPO, since after the merger they were launched substantial cuts in staff. The idea that has arisen in the environment is that OPPO has decided to get back on track after a too rapid expansion that took place in the past years. At present, practically OPPO It owns two sub-brands: OnePlus e Realme. The reason for all this stratification derives from the desire to attack the market on as many fronts as possible, with one renewed positioning strategy.

OPPO is mostly dedicated to a classic strategy, that is a catalog made up of many products in every price range, primarily in Asia but expanding to Europe. Then there is OnePlus, born as an underdog to counter the overwhelming online power of Xiaomi to the sound of flagship killer, but which lately has also directed its strategy to mid-range models. And if the high-end of OnePlus has taken root almost exclusively in Northern Europe and the USA, the mid-range wants to appeal to the rest of the nations. In particular in India, where Realme instead grinds high numbers, as well as in Europe.

Here is the strategy of OnePlus products

Although OnePlus and OPPO officially announced the wedding a few months ago, OnePlus 2.0 represents the new starting point that follows. The same founder Carl Pei specifies that he has been the supervisor of hardware and software product strategies for both OnePlus and OPPO for a year. While keeping to emphasize the maintenance of the Never Settle spirit, the future of OnePlus will be increasingly diversified. It starts from the band 100/300 $, which includes the cheapest models of the family North N. We then go up to that of 300/500 $, that is the series North part e North CE, and finally the fascia above the $ 500, that is i flagship OnePlus branded.

How will the OxygenOS change with OnePlus 2.0?

But the real question that everyone asks themselves, when it comes to the merger between OnePlus and OPPO, is what will happen to the software division. Also because the cuts in the staff of the two companies mainly concern this division, probably the one most subject to the new organization chart. The companies have confirmed thesoftware code integration which is the basis of OxygenOS and ColorOS. A change that has already partially begun with OxygenOS 11 and ColorOS 11, but which will become official with the arrival of the major updates in the pipeline.

The software code underlying the two interfaces will therefore be shared and it is pointed out that the "new operating system" will be a mixture of the positive aspects of the two UI. In practice, a firmware that will take "fluidity, cleanliness and lightness"From OxygenOS and"reliability and richness of functionality"From ColorOS. The first smartphone to have it pre-installed will be the next OnePlus top of the range, presumably that OnePlus 10 which will debut during the 2022. And it will always be in 2022 that the new major update will begin to arrive on OnePlus Global devices. Only at that point will we be able to test it firsthand and understand its advantages, but Pete Lau anticipated that the integration of the software code will improve updates OnePlus and will make them more timely.

What will the "new unified system" be called?

Carl Pei talked about the integration of software code between OxygenOS 12 e ColorOS 12, in view of the new update ad Android 12. Two separate teams worked on these two major updates, but now the two teams have been merged into one that will work on this "new unified system". One wonders if a new name will be used or if the two nomenclatures OxygenOS and ColorOS will simply be kept.

But what will change between ColorOS and OxygenOS?

It is useless to deny that all this change has created some degree of confusion between OnePlus and OPPO, but above all between OxygenOS and ColorOS. Also because OPPO has recently announced the ColorOS 12 in China and stressed that in the coming months the major update will also arrive on all the top of the OnePlus range, from the 9 series to the 7 / 7T series. At this point one would ask: but if OnePlus phones have ColorOS in China, why not do the same in the rest of the world? Why is this diversification between ColorOS and OxygenOS maintained in the other markets?

There is still no official answer to this question, but we can make a guess. Let's start by saying that OnePlus in China has never broken through and it is normal, because it is a brand that was born voluntarily with a more Western than Asian imprint. For this reason, having no big sales in China, OnePlus has decided to completely replace the HydrogenOS (the Chinese version of the OxygenOS) with the ColorOS. It's a economic question: If sales in China are low, it is not worth the money to have a dedicated software team.

On the contrary, one of the reasons for OnePlus' success in the West is called OxygenOS. Replacing it with ColorOS would be a move to say the least poco risky and that would make the most enthusiastic users turn up their noses and risk crippling part of the sales. And perhaps it is no coincidence that OnePlus is focusing a lot on the North series, that is, cheaper products and less aimed at geeks. In short, this "new unified operating system" will be essentially the same software, but with ad hoc customizations. And it is obvious that OnePlus will keep some of the cornerstones that have characterized it in its life, such as the confirmation of being able to do it unlocking the bootloader (as opposed to OPPO) and using a Clean and light UI.

News not to be underestimated

With the announcement of OnePlus 2.0, it has been pointed out that they have been united the design team of OnePlus and OPPO. And if they were already evident in past years "Similarities" between OnePlus and OPPO smartphones, it cannot be excluded that these similarities will intensify from here on. Conversely, the teams relegated to marketing, branding and PR will continue to be different between the two companies.