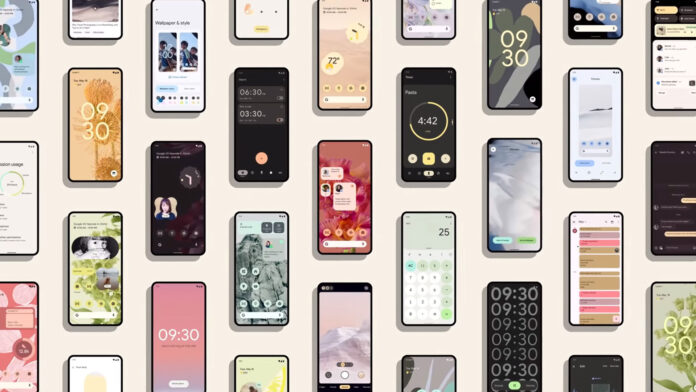 With the presentation of the new Google Pixel 6 and 6 Pro there will be the long-awaited official debut of Android 12. And with it, all the news that the major update Google will bring with it, especially the replacement of the Material Design with the Material you. For the new edition of the green robot, Big G has decided to abandon the aesthetic styles of the latest versions of Android. In its place, Material You will make the graphic experience richer, more colorful but above all customizable, giving users more flexibility. Its peculiarity is to offer a UI with dynamic color management: based on the chosen background, the colors of the various elements of the interface will adapt accordingly.

But like any new feature integrated into Android, there is a doubt that the various manufacturers can ignore it and act differently. Especially when it comes to reality like Xiaomi, OPPO, OnePlus, Realme e Samsung, which usually offer very personal proprietary interfaces far from the stock Android idea. But it must also be considered that Google has a certain degree of interest in making its smartphones more "interesting" than the producers it collaborates with. For some it may seem almost a conflict of interest, especially if you take a closer look at the integration of the Material You system within Android 12.

Android 12.1 may make Material You available to other manufacturers

Thanks to the release of the Android 12 Beta ROMs, the XDA team has discovered that the graphics engine on which the Material You system is based is signed as "monet". But what got suspicious is that inside the builds AOSP based on Android 12.0 there are no explicit references to "monet". This means that all smartphones based on Android 12.0 will not be able to enjoy this novelty, on the contrary most likely the exclusive for the Google Pixel 6 family.

Fortunately it has been discovered that it should only be a matter of time before the open source version of Android earns the Material You. According to XDA, its addition will coincide with the release of Android 12.1, whose existence was discovered in the past days. Google would be ready to release the source code necessary for its exclusivity-free implementation.

Why is this important? Because if the Material You system is part of the AOSP version of Android, it means that all manufacturers will be able to insert it in their respective ROMs. And this goes for Xiaomi as well as for OPPO, OnePlus, Realme, live, Samsung and so on. However, it remains to be seen when this elusive update to Android 12.1 will actually arrive. It is rumored that the first to have it by default should be the rumored one Google Pixel Fold, the leaflet whose debut is expected already by the end of 2021. Almost certainly we will talk about it again not before the beginning of 2022, that is when the update to Android 12 will begin to reach the various smartphones around the world.