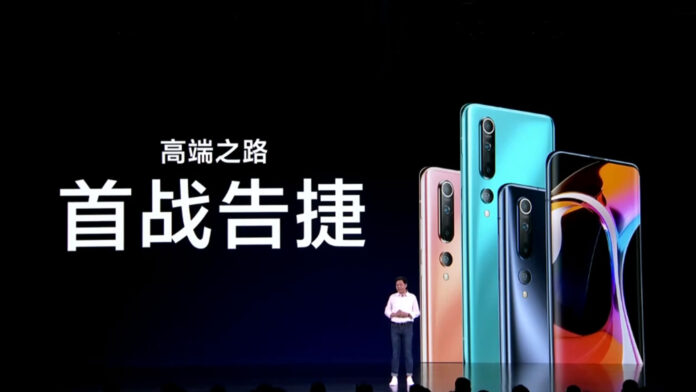 The event of the past few days has been very important for Xiaomi and not just for the presentation of Mi MIX 4, Mi Pad 5, as well as CyberDog, Mi TV 6 OLED, And speaker Sound. And given the importance of that stage, the founding leader Lei Jun took the ball to make his usual opening speech in which to rattle off numbers and statistics. Not only that: for the occasion, Lei Jun has also removed a few pebbles from his shoe, talking about the rivalry with Apple and announcing a large reimbursement for the first historical customers.

Xiaomi has yet to establish itself in the high end of the market: this is how much Mi 10 sold

One of the topics that the CEO of Xiaomi dealt with on the stage of the keynote was theentry on the stock exchange of his company. An operation that turned out to be more difficult than expected, as admitted by Lei Jun. From the early days, investors lobbied for profit to be quickly doubled after Xiaomi's first IPO. The night that followed the stock market debut was difficult to bear mentally, with Lei Jun saying he practically got drunk with his colleagues from stress.

The fact is that the first months on the stock exchange did not smile at all Xiaomi, which in the span of less than a year passed from the initial listing of 24 yuan at a minimum peak of 8 yuan. A drop of -30% that frightened management and investors, who did not fail to take it out on Lei Jun, who among other things had not proved very much agree with the IPO, indeed. And it is paradoxical to think that, given the negative situation, Lei Jun he decided to put his hands on his wallet and buy shares for a total value of 473 million euro.

It was in 2020 that Xiaomi shares began to readjust towards more positive values, going from 8 yuan to 17 yuan, a figure not yet in line with what was predicted but already more reassuring. The real leap forward will come between 2020 and 2021, also thanks to the launch of the Mi 11 series, allowing the Xiaomi title to touch altitude 34 yuan. A milestone that made Lei Jun breathe a big sigh of relief, who claimed to have thus canceled all the stock monitoring software she used up to that period.

A necessary preamble to understand that Xiaomi's stock performance was obviously influenced by its market choices. We are talking about a company that, from the earliest years of life, has staked everything on products that are so valuable but that tried to have the best quality / price ratio. But it is with the series Xiaomi Mi 10 that the company has shown it wants focus more and more on the premium range and on the development of increasingly high-end technologies. At that time, the company also considered a possible collaboration with a prestigious automotive brand, but the idea was abandoned.

This is also why sub-brands such as Redmi and POCO, so that they are the ones to dedicate themselves to the more low-cost markets. A strategy that has worked at the equity level and partly also in sales, although there is still a long way to go. As stated by Lei Jun, to date Series Xiaomi Mi 10 has sold 5,77 million units worldwide. And if you consider that the various Mi 10s came out in an economic period poco happy due to the pandemic, are considerable numbers. But if you look at the “bigger picture”, you realize how the greats of the sector are still ahead when it comes to high-end.

Take for example Samsung and its latest Galaxy S21 series, which is not selling as well as hoped, with worse numbers than previous generations. Despite this, the series S21 has sold more than so far 13,5 million of unity, with that S20 who sold them 17 million is that S10 about 25,5 million. Not to mention Apple, whose series iPhone 12 is proving to be one of the best-selling of recent generations, having broken through the 100 million of units. In short, Xiaomi is becoming the first manufacturer in the world but it is doing it almost exclusively to the sound of mid-range and entry-level. At this point, the curiosity remains to find out if in the future Xiaomi will be able to establish itself even in the premium market.