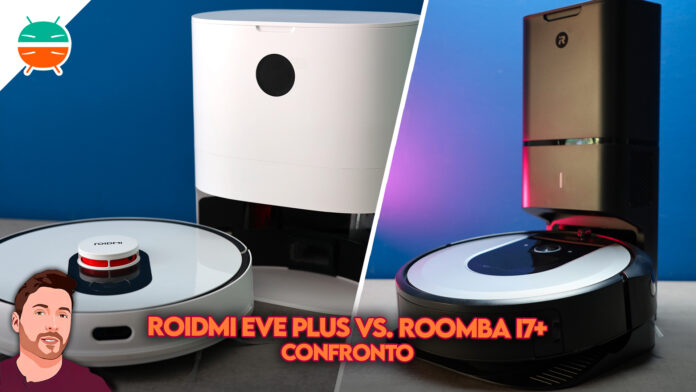 If there is one sector in which we have focused a lot in recent months, it is that of robot vacuum cleaners. Even better if equipped with a self-emptying base. We have tested practically all of them, both the cheap and the more expensive ones, the vast majority of which were of Chinese origin. And just like Dyson in the world of cyclonic vacuum cleaners, when it comes to robot vacuum cleaners and floor cleaners there is a brand that is immediately taken as a "main stream" reference point: iRobot, which with its Roomba line has become the best known brand of the sector.

You have often asked us for a comparison between a Chinese model and a Roomba series product and, you know, you tell us what to do, and we do it. We compared the Roidmi EVE Plus with iRobot Roomba i7 +, two of the most popular and sold models, evaluating the pros and cons, with the aim of being able to understand the most important thing: which of the two products has the best quality / price ratio, focusing on the 4/5 most important points for a device of this category.

Roidmi EVE Plus vs. iRobot Roomba i7 +: the definitive comparison

In the world of robot vacuum cleaners and floor cleaners, there are hardly any products characterized by an exclusive or recognizable design. The shape, most of the materials and (in some cases) even the dimensions, are dictated by the very nature of the product, but between the Roidmi EVE Plus and the iRobot Roomba i7 +, there are some differences.

Regardless of the different colors, the first difference that catches the eye looking at the two models is in the upper area of ​​the robots: the Roidmi integrates a laser turret for Lidar navigation, while the iRobot is not equipped with one. And this difference is essential to underline a first difference between the two models: while the Roidmi is able to work without any problem even in totally dark environments, the iRobot (which uses cameras for mapping the house) with little light starts to have difficulty.

To be honest, then, there is also another difference between the two, albeit less important: the Roidmi EVE Plus is equipped with three brushes in total, two of which are lateral, while the iRobot has a single brush. lateral. Although it is a rather obvious difference, in terms of cleaning quality its influence is practically irrelevant.

Of course, with the double rotating brush the Roidmi EVE Plus is able to capture more dust in less time, but at the end of the cleaning process it will rarely happen to find dirt on the ground, with both products.

Another difference is in (or in) the dirt container: the Roidmi EVE Plus is equipped with two containers, one for water and one for the vacuumed dust, while the iRobot Roomba i7 + has only one: it comes from if therefore, that the iRobot model does not integrate the floor washing function, which is possible with the Roidmi and also manageable thanks to a solenoid valve integrated in the water container, with which it is possible to choose the quantity of liquid to be distributed in cleaning phase.

In a nutshell, the Roidmi EVE Plus can vacuum and wash floors, the iRobot Roomba i7 + can only vacuum.

There are also major differences in the self-emptying system. Although aesthetically I like the base of the iRobot Roomba i7 + more (but the aesthetic is a very personal factor), in reality there are very important differences between the two models.

The self-cleaning base of the iRobot is significantly taller and leaner than that of the Roidmi but, basically, it is much simpler: inside there is a bag with a capacity of 2.8 liters and does not have any advanced system of dirt management.

Things change in the Roidmi, where we find a self-emptying base which, first of all, has a dirt container bag with a capacity of 3 liters (slightly larger) and a display on which it is possible to control, for example, the duration of the self-cleaning (as well as other information, such as a reminder to replace the bag, or any errors), but also integrates a system of self-sterilization of the dirt.

In a nutshell, it uses a deodorant particle generator that, thanks to the HEPA filter and the active oxygen technology, uses the waste by sterilizing the most common household parasites, such as dust mites, microbes including Escherichia coli, Candida albicans, Staphylococcus aureus, toxic chemicals such as ammonia, formaldehyde, benzene and TVOC, and eliminates the smell of cigarettes and perfumes.

As for suction power, I get straight to the point: the Roidmi EVE Plus integrates a motor capable of guaranteeing 2700 Pa, while the iRobot Roomba i7 + uses a suction system of 1700 Pa. And it is useless to waste too much time on this. what: Roidmi's model is significantly more powerful than the iRobot, and this difference is also seen in everyday life.

In my usual tests with sugar or coffee, both models managed to vacuum all the debris sprinkled on the floors, but the Roidmi did it faster and schematically better, also thanks to the Lidar navigation system and the presence of the second side brush.

However, it is true that in terms of final cleaning, the results are excellent with both models. The point is that I noticed a greater difficulty on the part of the iRobot in overcoming obstacles and in managing the pattern to be used for cleaning.

As for autonomy, both models are of excellent quality. Both with the Roidmi EVE Plus and with the iRobot Roomba i7 + you could get to clean for about a couple of hours, without any problem. Both models, then, if they were to run out of energy, would return to the base to recharge and - once recharged - they would complete the process from the exact point from which they interrupted it.

It must be said, however, that the iRobot has a decidedly less powerful engine than the Roidmi, which suggests that energy consumption is also lower.

Having tried both, it is time to declare a winner. And it is a choice that I will basically make based on a main factor: the price.

The Roidmi EVE Plus is currently on offer on Amazon at 452 euros with a coupon to be applied on the platform page, the iRobot Roomba i7 + instead is on offer, again on Amazon, at a price of 899,90 euros.

It takes poco then to come to a conclusion: the winner is the Roidmi EVE Plus, not only for all the additional features that it integrates compared to the iRobot, but above all for the price. In short, it costs practically half, and has three times the functions.

NB If you do not see the box with the purchase link, we advise you to disable AdBlock.

Buy the Roidmi EVE Plus at a discount with our coupon!

iRobot Roomba i7 + (i7556) WiFi robot vacuum cleaner, automatic emptying, suitable for those who have ... 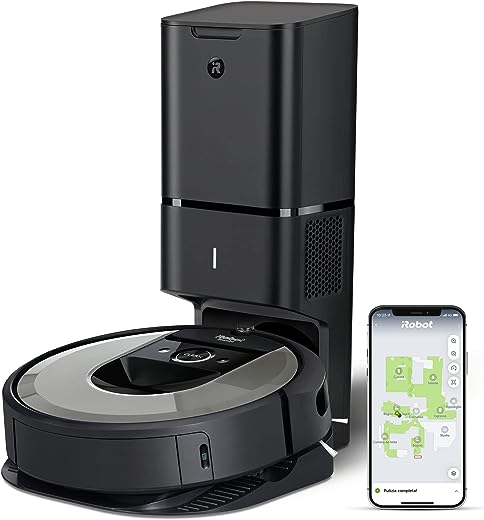 iRobot Roomba i7 + (i7556) WiFi robot vacuum cleaner, automatic emptying, suitable for those who have ...
€799,99
available
Buy now
Amazon.it