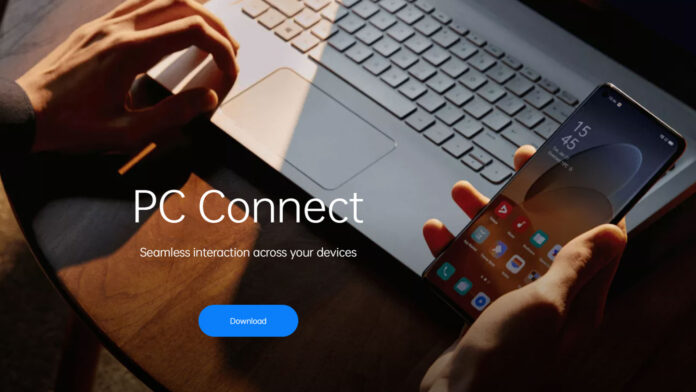 OPPO officially launched PC Connect, the app that allows you to connect your smartphone and PC. A feature we have recently seen with the MIUI + from Xiaomi and that now will allow OPPO users to do the same. And no, it won't be that sort of Multi-Screen I had assumed could have debuted with the ColorOS 12, but one mirroring of smartphone to PC. Once the app is installed and paired, you will have access to the smartphone also from the PC screen, with all the ensuing advantages. Just pull down the Quick Settings tab, click on the “PC Connect” toggle and be connected to the same Wi-Fi network as the PC to see the pairing pop-up appear on the PC screen.

Upgrade 09 / 08: in addition to OPPO, Realme is also preparing its version of PC Connect. Find all the details at the end of the article.

Using PC Connect means having the smartphone screen mirrored on that of the PC, thus being able to interact via mouse and keyboard. This greatly facilitates the file management, being able to move them "drap and drop" more quickly between the two devices, but not only. It allows you to open a file on your smartphone and edit it directly on your PC, very convenient especially if you are dealing with a text document. Synchronization also affects the clipboard, so copy / paste can be done from one device to another.

During the connection, then, you will be notified on the screen of the arrival of calls and SMS on your smartphone, being able to choose whether to interact with them or not. Finally, taking a photo or taking a screenshot will ensure that the image is directly shared on the PC as well, to share or edit it from the big screen.

As for the required requirements, OPPO PC Connect works with all PCs with at least Windows 10. When it is available you can download it directly from the official site, but at the moment it is not yet possible to do so. It is not yet clear when it will be, but it could be released with the next update to ColorOS 12.

As CEO Madhav Sheth himself reveals, it will not be the only OPPO to use the feature PC Connect on their smartphones. Also Realme is about to introduce this novelty and it is no wonder, seeing as coloros e Real UI they are basically the same. Recall that Realme is a sub-brand of OPPO, therefore it is physiological that the Realme UI inherits the new features introduced on the ColorOS.

Let's imagine, therefore, that everything will take place in a practically identical way even on Realme smartphones. And even in this case, it has not been specified when the PC Connect app will be introduced on Realme smartphones. It is possible that we will discuss it with the future Realme UI 3.0, although no information is known about it yet.

The crisis continues for Huawei: lower and lower earnings