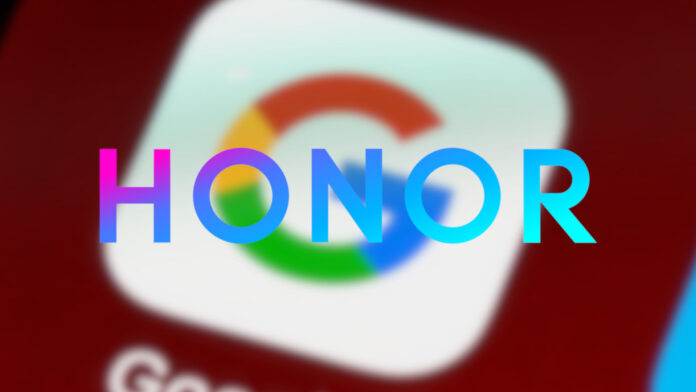 The last few months have been vital for Huawei e Honor and have traced the path that the two companies will follow, now consolidated companies in the tech world. The Chinese giant has officially sold its sub-brand and the consequences of this action begin to be felt: the company has confirmed the release for the Skills Google aboard future Honor smartphones. We start with the latest top series, fresh from launch in China but also coming to our latitudes.

13 / 08 Update: let's talk about Honor and the return of Google services, this time on the occasion of the launch of the Magic 3 series. Find all the details and news directly at the end of the article.

Without the "weight" of Huawei, Google services could return to Honor smartphones

Huawei and the US ban: let's take stock of the situation

Let's start from the starting point of the whole question, namely the ban of Huawei. It is useless to dwell on it given the disproportionate number of words written down, but it is good to make a quick recap. Here you find our editorial, useful for understanding the initial dynamics relating to the contrasts between the Chinese house and the US government. As for the more recent events, despite the entry of President Biden on the scene, things have not changed. There continue to be limitations, problems for the investments and the name of the Chinese giant continues to appear on the Black List.

Since the happy ending seems unlikely, the time has come to bet everything: the gigantic investments of Huawei For their own Mobile Services ed AppGallery led to the global release of HarmonyOS 2.0, a novelty that could prove to be one of the biggest upheavals in the mobile sector in recent years. Now the Chinese house has announced tablets e SmartWatch moved by the new OS it is only a matter of time before putting your hand to a smartphone with the native system.

In short, it is clear that a back to status quo is to be excluded: Huawei will continue to focus on its services (perhaps without disdaining those of Google, in case of a future rapprochement) and total independence.

What does the Honor sale mean?

The concept of independence it is essential to understand the reasons for the Honor sale. Being independent from US companies costs and obviously selling the sub-brand (let's remember once again: one of the most flourishing in the mobile landscape) has certainly generated a capital not to be poco. The figure is not known, but there are rumors of around 12 billion euros.

But obviously in addition to Huawei's independence (and the need to generate money) it is likely that the decision was also made with Honor in mind. The former sub-brand, in fact, received the same treatment as the parent company: it was never mentioned by the Entity List of the U.S. Department of Commerce, but obviously its relationship with Huawei has closed many doors. Honor also had to give up Google services on the latest models but now things could change thanks to the sale to the company Shenzen Zhixin New Information Technology (a consortium of over 30 members).

Honor's situation after the sale

After the sale of Honor there was no impact on production and all 7.000 employees have been maintained: in short, the brand has continued to move as it has always done. Social accounts haven't changed and the Magic UI continued to move forward. The same is also true for i after-sales services models on the market and previous ones.

Honor has continued to produce accessories and smartphones but many have wondered (over the months) about the possibility of a return of Google services.

Honor 50 will arrive in Italy and will have Google services

And now let's get to the point: Honor has officially confirmed the return of the Google services. The Chinese company recently presented the new series at home Honor 50, consisting of three models (here you find all the details). At the moment the availability is only at home; however the company has confirmed that the new top series will also arrive in Europe and among the countries involved there is also theItaly.

The Honor 50 range will therefore also arrive in Italy, with Google services (GMS) pre-installed, in accordance with the licensing models of the US manufacturer. For now, details on price and availability are missing but as soon as there are news we will publish all the relevant information.

Honor has finally launched its first truly top series after separating from Huawei, currently only in China. However we know the family Magic 3 will also arrive in the Global version: for now there are no precise details on the markets, but we have already had a glimpse of the prices but above all we know that the devices will have their i Google services. An even more in-depth confirmation comes from George Zhao, the company's CEO: during an interview released after the mega event on August 12, the executive said that all Honor's Global smartphones will come with Google services.

Now the company will focus on recovery in over 50 countries all over the world, thanks to the return of GMS. The CEO himself acknowledged the harmful effects of Huawei's ban on Honor, with the collapse of market share outside of China. However, now is the time to be confident: between the 50 series and Magic 3 Honor has pulled out of the hat some highly respected devices and thanks also to Google services they can only make inroads even in the West.