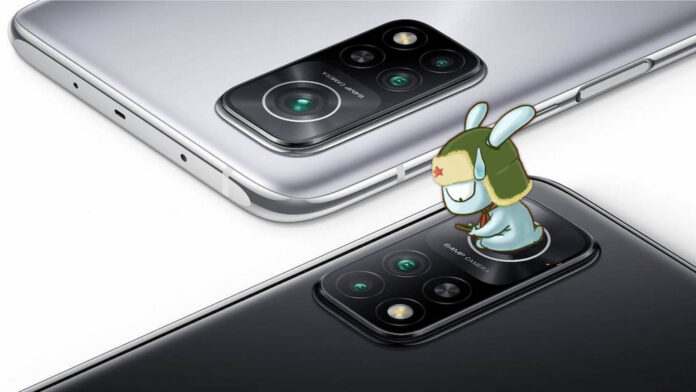 Last August Xiaomi launched the models on the market My 10 Ultra e Redmi K30 Ultra, two alternative versions of their respective flagships (with some new features). Apparently Lei Jun's house could do an encore this summer: with the Mi 11 series we have already had an Ultra variant (definitely over the top) but it seems that soon there will also be news for Redmi. In fact, the first rumors about what should be the future have begun to peep out Redmi K40 Ultra, a smartphone with an affordable price and - obviously - with respectable features. Let's find out the details leaked so far.

21 / 07 Update: new rumors arrive regarding the next Ultra model, with various details on specs and designs. Find all the news directly in the article.

Redmi K40 Ultra: what we know so far

Over the past few months we have had various sightings of the alleged Redmi K40 Ultra and even shots stolen on the subway. The paparazzi device adopts a large panel with a central punch hole and from the various leaks we know that it will be a display AMOLED (rumored to be 6.67 ″) with relationship in PM20:9 and refresh rate a 120 Hz.

There are no details yet regarding the design of the back: as soon as news arrives we will update this article with all the details. In the meantime, do not worry because the leaks continue.

Turning to the data sheet, Redmi K40 Ultra it should arrive on the market with a chipset MediaTek to move everything. It is not known which SoC it is, but given the insistence of the leakers in stating that the device will compete with OnePlus Nord 2, it is reasonable to assume that he may have the Dimensity 1200. The rest of the specs would see the presence of a battery from 5.000 mAh, with support for quick charging from 67W, but for now there are still some dark spots. The software side will not fail Android 11 in the form of MIUI 12.5.

There are still no certainties regarding the photographic sector but some details have emerged from the MIUI code. Redmi K40 Ultra should have at least two incarnations based on the camera: the Chinese model and the Indian one (signed K11T) will have a main sensor from 108 MP while the Global version (K11R) for other countries it will have a form from 64 MP (IMX686). To complete the picture we will find a wide angle, a lens macro and a goal for the depth of field.

For the worldwide debut things get slightly more complex (but nothing to worry about). The team of Xiaomiui has identified various versions of Redmi K40 Ultra, with multiple codenames: Agate, Agategl, Agatein e Amber. The smartphone should arrive in China as the K40 Ultra while in India and other global markets (such as Europe) it should debut under another name. Obviously we do not have absolute certainty, but the device could be presented outside China as POCO F3 Pro. Basically the imminent POCO F3 GT is none other than the Redmi K40 Game Edition: the link between the two brands is known so it would not be surprising to see a branded Redmi K40 Ultra POCO.

As for the release period, the various leaks point to August, more precisely towards the end of the month. However, as soon as we know more we will update this article: in the meantime, if you want to know more about the K40 range, here you find all the details of the smartphone triptych launched last February.