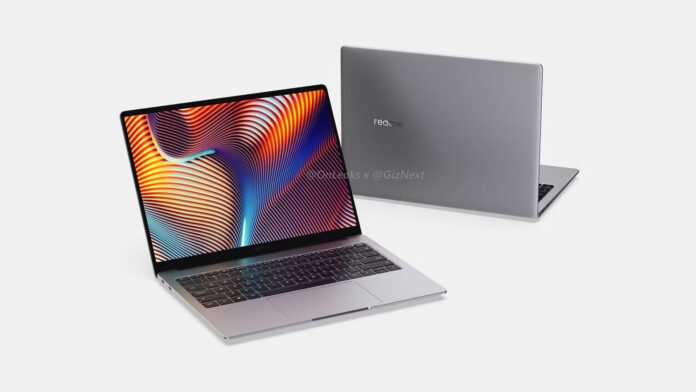 Realme it is undoubtedly the youngest smartphone manufacturer around, but at the same time one of the most promising. Thanks also to the push given by the birth as a "rib" of OPPO, the brand has been able to establish itself as an ideal choice for those looking for greater convenience. In a world where historical brands such as Huawei and Xiaomi begin to have prices practically equivalent to their more mainstream counterpart, the need was felt. And after i record results achieved, Realme is ready to expand its range of products, also touching sectors never explored before such as that of notebook. Realme Book: this will be the name of the brand's first laptop: let's find out all the leaked details between design, specifications, price and release.

22 / 07 Update: new renders are appearing with details on the colors coming to Realme Book; moreover, various rumors also pop up on price and release period. Find all the details directly within the article, in the various sections.

Realme Book: everything we know about the brand's first notebook

After much talk, rumors, confirmations and denials, here's how the Realme notebook will be done. The first live images published by the colleagues of Android Authority leave very little room for doubts, also confirming the name of the terminal. Realme Book presents a body in aluminum, stereo speaker and an anti-glare LCD display from 14 "Full HD with report in PM3:2.

The screen has optimized bezels but at the moment there are no details on sizes and versions coming to the market. The published images show us a device with a widely tested design: an ultrabook with a light body, with a limited thickness.

The more detailed renderings produced by OnLeaks are added to the live photos, showing us Realme Book from all angles. The shell measures 307 x 229 x 16 mm and includes a Power button including the sensor ID for biometric unlocking.

In addition to the silver version - called Real Gray - Realme's first notebook should also arrive in three other colors, given decidedly more garish tones. It would be the variants Real Red, Real Blue e Real Apricot, protagonists of some renderings published by OnLeaks.

Being a new generation notebook, Realme Book will be equipped with Intel branded solutions, with CPU i3 and i5 11th Gen. We still don't know if there will be a dedicated GPU, as well as memory cuts and battery amperage. Based on the feedback received from the community, there was also talk ofinteraction between smartphone and laptop, thus being able to make the most of the Realme ecosystem. The images also reveal the I / O department, equipped with a Full Size USB port, two USB Type-C ports and the mini-jack input.

Six years after the last version, Microsoft announced on June 24th Windows 11. This is the new incarnation of the US manufacturer's operating system which will introduce various changes to the user interface and performance improvements. The debut of the system is expected by the end of the year, most likely towards the end of November or early December. A few hours after Microsoft's announcement arrives the answer of Realme: the first notebook will have from its Windows 11. This could also offer a glimpse of the terminal exit period (but we talk about it in the next paragraph).

A launch date is still missing but various rumors report that Realme Book it's not that far away: the debut should be set in the course of August (together to the brand's first tablet), but at the moment certainties are lacking. Regarding the possible price, there are rumors of a figure starting from about 454 € at the exchange rate, that is 40.000 Indian rupees.

As for the international market, the notebook will land in version Global and our division has already confirmed that it is the first laptop and tablet will arrive in Italy. For price and availability in our country we will have to be patient: all details will be confirmed shortly.