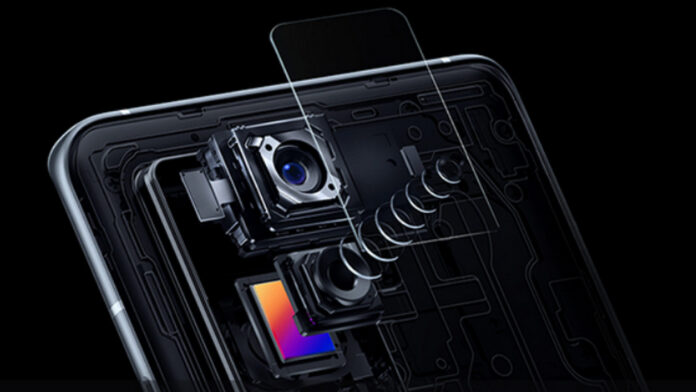 We are beginning to talk about the future of the top range of the Chinese brand and in particular the next one OPPO Find X4: it seems premature, but in reality the first rumors have begun to peep out and there is already mention of a respectable photographic sector, complete with a proprietary ISP. Below you will find all the details with hypotheses, leaks and rumors about the top of the range.

Talk about the design of the future OPPO Find X4 it is more complicated than it seems. The Chinese house has so far opted for radical changes in style: just think to the Stealth cameras of the first chapter, to the look more classic of the second model, until you arrive to the dynamic shapes of the Find X3's camera layout. Between top of the range and in common only the passion for power and elegance. At the moment there are no rumors about the design of the next model, but as soon as there are news we will update this article.

Making predictions on the display is certainly easier: we will likely find a panel once again AMOLED HDR10 + large, with increased refresh rate (120 Hz and 240 Hz to the touch) and technology LTPO. Obviously we expect the return or improvement of the system Full-path Color Management, which allows you to capture, store and view photos and videos with 1 billion colors.

On the hardware side, we will almost certainly have a chipset Snapdragon 895 (as per tradition), with memories up to 12 GB of LPDDR5 RAM and up to 256 GB of UFS 3.1 non-expandable storage. Given the focus on technology Virtual RAM it is likely that we will find an improved version with the Find X4. Taking the current Find X3 as an example, we expect one quick charging at the top: may it be the right time for the debut of the Super Flash Charge da 125W? Maybe with all the improvements announced by OPPO in the past few hours. Also the inevitable wireless charging (30W AirVOOC?), Now essential on board any self-respecting top device.

Camera: a proprietary ISP for OPPO is coming

There has been talk for a long time about OPPO's possible debut in the field of chipsets and in the end the rumors took another direction. The Chinese company would be hard at work on OPPO M1, a proprietary image chipset (or ISP), similar to what we saw with Xiaomi Surge C1 e live. This would be a very important step forward, which would allow the company to fully manage the quality and processing of images, also given the strong interest in improving from a photographic point of view.

A recent report from an insider of OPPO reveals that Find X4 will be the first with Proprietary ISP. Furthermore, this would be only the first step: the Chinese house would even aim to bypass Qualcomm and MediaTek by focusing on self-developed SoCs. According to the report OPPO would be serious, with a team of approx a thousand people committed on proprietary chips. Unfortunately, there are no other details apart from the alleged release period of the next flagship.

The same insider, in fact, reveals that OPPO Find X4 will debut early next year, presumably during the first quarter (following in the wake of Find X3, the launch could be scheduled for March 2021). Obviously it is good to take everything with due precautions since for now we are talking only and exclusively about rumors. Regarding the price, we remind you that the current top is proposed a 1.149,99€ in Italy: probable that for the successor we will have a similar figure (or at most tending upwards).