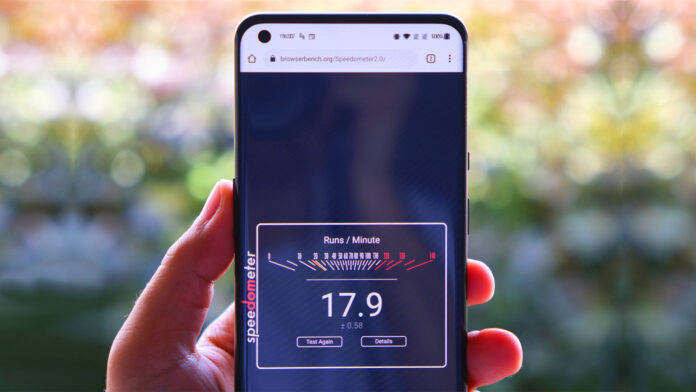 In a world where smartphones have an average power adequate for everyone, talk about benchmarking it makes less and less sense. Aside from cheaper devices, it's hard to come across a phone these days that are crippling in everyday use. What is certain is that these platforms are the only method to have a standardized technique that helps to understand if the hardware compartment of a device performs better than another. While it is true that a benchmark does not reflect the experience of the average user, it is also true that it creates a unique database that helps users to have a yardstick.

Having made this necessary premise, over the years we have realized that Chinese companies have a certain tendency to fill their mouths with numbers. An execrable practice and which unfortunately also has to do with benchmarks, often used in a manner poco honesty. There has been controversy recently for Xiaomi, as well as in the past for Huawei, Honor ed OPPO. Some benchmarking platforms have even gone as far as ban all smartphones with MediaTek SoCs. But a company that we would hardly have expected to deal with in such a topic is OnePlus.

12 / 07 Update: OnePlus has released a new official communication regarding the matter. Find all the details directly at the end of the article.

The investigation was initiated by the team of Anandtech, one of the main apps in the benchmarking world, and has as protagonist OnePlus 9 Pro. A smartphone that is anything but modest in specifications, a true top of the range that boasts its Snapdragon 888. Since its inception, the Pete Lau brand has always focused a lot on performance, which has always been the workhorse of its smartphones. But what has been verified with the latest OnePlus flagship is something quite anomalous, defined "on the border between battery optimization, performance cheating, and specification misrepresentation".

What the Anandtech team is talking about is the presence of an alleged one blacklist with many popular apps. The reason for the existence of this blacklist is easy to say: prevent them from harnessing the power CPU maximum. A very questionable technique, as it would allow for greater autonomy, but castrating what the smartphone would be able to do. And in fact in the comparison tables we can see how OnePlus 9 Pro behaves worse than all the current top of the range with navigation on Google Chrome, to give an example. This is because the app runs using only the 4 cores Cortex-A55 at 1,8 GHz, instead of the much more performing 3 cores Cortex-A78 at 2,4 GHz or even the Cortex-X1 core at 2,84 GHz. In some circumstances the apps are able to access the 4 cores A78, but even in this case there are limitations , running at 2 GHz instead of 2,4. The result is that, despite having a top-of-the-range 2021 technical system, the performance is comparable to that of a smartphone from 10 years ago.

If that's not enough, what made Anandtech turn up their noses is that no benchmark apps are blacklisted, as well as some apps poco widespread. Turn up your nose because, in this way, carrying out benchmarks you get a result that is not matched by the much more relevant daily use. Furthermore, those few apps that manage to escape the blacklist (take the example of Vivaldi Browser) still end up being castrated. If at first use they manage to run at maximum power, already at the second start they do not go beyond the A78 cores. The only way to get them back to full capacity is to uninstall them, but the problem returns again.

At this point, Anandtech has tried to deceive this mechanism inherent in OnePlus 9 Pro, taking apps like Chrome and Twitter and making them anonymous. In doing so, the apps are able to run a little better than their unmasked counterpart, even if there are some limitations in the performance granted to them.

What apps are on OnePlus' blacklist?

It didn't take long before the guys at Anandtech tried to dig deeper into the OxygenOS to find references to this alleged blacklist. They couldn't find a specific list and so they just tested all the Android apps a little bit. And unfortunately the result was not particularly exciting: all Google apps, as well as those of Facebook e Microsoft, but also many others. Adobe Reader, Airbnb, Amazon, Discord, Dropbox, Firefox, Linkedin, Netflix, Reddit, Snapchat, Strava, TikTok, Twitch, Twitter, Uber, VLC and Zoom, to name a few of the most important. Not to mention games like Pokémon GO and Candy Crush, while others like Geshin Impact don't. But perhaps even more problematic is that they would be on this list even OnePlus system apps: launcher, weather, file manager, notes, gallery and camera, for example.

At this point someone might ask: but how, are there all these limitations and no one has noticed? Even us, that we have reviewed it, we defined it "a rocket"In general use. As Anandtech points out, the reason why this performance gap has not been revealed in the eyes of many is because there are other tricks to fill the situation. For example, the operating system framework and touch screen boosters, to name two. But the differences are revealed when placed alongside other competitors such as Xiaomi Mi 11 and Samsung Galaxy S21 Ultra.

Why would OnePlus do this?

All this is quite strange: as mentioned at the beginning of the article, companies usually do the opposite, that is to pump the performance more than it should. In reality the meaning is the same, only the method changes. The reason can only be known by OnePlus developers, but it is almost certainly due to the will of optimize energy consumption. Compared to other top of the range, OnePlus 9 Pro did not prove to be one of the best in terms of autonomy, net of a less energy-consuming LTPO screen. We will see if an official statement from OnePlus will arrive: in case, we will not be long in integrating it in this article.

Means XDA we become aware of the statement di OnePlus on the accusation of limiting the performance of their smartphones, a practice that has even resulted to the ban of the 9 series from the Geekbench benchmark platform. Below you will find the press release of the Chinese company.

“Our top priority is to always deliver a great user experience with our products, based in part on acting quickly on important user feedback. After the launch of the OnePlus 9 and 9 Pro in March, various users told us about some points where we could improve the devices' battery life and heat management. Following this feedback, our R&D team has been working over the past few months to optimize device performance while using many of the most popular apps, including Chrome, by matching the app's processor requirements to the most powerful. appropriate. This helped provide a smooth experience while reducing energy consumption. While this may affect device performance in some benchmark apps, our goal as always is to do what we can to improve device performance for our users. "

According to what we read it seems that the changes were made through a next update at the launch of the series. However, what transpires from the declaration is that it was a method aimed at improving autonomy, without ulterior motives (as we had hypothesized poco on). Obviously it would have been more appropriate by the users the ability to choose between an ultra-energy-saving mode and one for maximum performance: whoever pays for a particular hardware certainly deserves to exploit it at full capacity or at least it should be a consumer decision.

It is unclear whether OnePlus is intent on change things following the criticisms and also from this point of view we look forward to further news. As soon as they are available we will update this article.

The controversy has not subsided after the first official statements by OnePlus. Perhaps this is also why the company has chosen to return to the subject, trying to better explain the point of the situation. With a post on the official forum, they pointed out how the power of modern SoCs is often superfluous for most daily operations. When we use apps like social networks, browsers and light games, we rarely need the CPU to run at full power. Precisely for this reason, OnePlus has carried out an optimization work aimed at reducing these performance wastes, with an eye to autonomy e temperature.

OnePlus has confirmed the presence of the aforementioned "black list", ensuring that the apps in question do not constantly use the power granted by the Snapdragon 888. Everything has been compiled to prevent users from noticing it and in fact it has been, seen that the complaint does not refer to actual performance drops. The problems remain two, first of all that OnePlus 9 and 9 Pro do not have complete access to the performance of the Snapdragon 888 like the other flagships. But above all that, in practice, the top of the OnePlus range suffer both from an average autonomy if not worse than other flagships, and from temperature problems. And in fact, negative comments on the new press release were not long in coming.

TD Tech, coming soon… Mate 40: what ties do you have with Huawei?