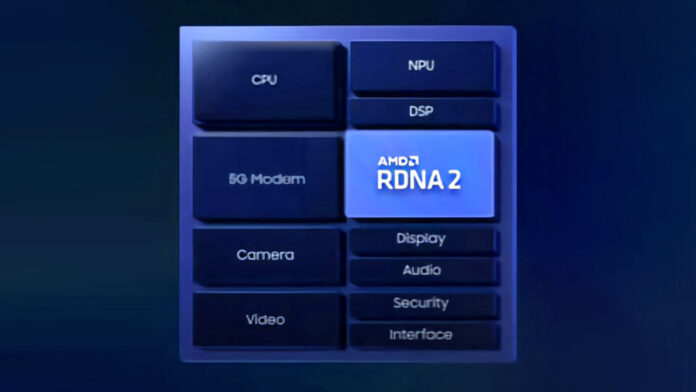 vivo and Samsung chipsets, a long and winning love story. In fact, we've seen some smartphone vivo equipped with the SoC of the South Korean house, but this time the brand proponent of X60 Pro anticipates everyone and gets the use of the next chipsets Samsung Exynos, the first equipped with AMD GPU.

vivo: Powerful Samsung Exynos chipset, but pay attention to the consumption of the AMD GPU

To report this possibility is the leaker Arsenal Jun, who explained how sources inside the brand would have confirmed that the new chipset Samsung Exynos with AMD GPU it would not be an exclusive of the South Korean giant but that indeed vivo will launch a smartphone equipped with this hardware configuration, which would actually make everything very interesting, especially in terms of mobile gaming.

The reasoning, right, which however makes the leaker is on the question consumption that a GPU as powerful as the AMD one, which could have a big impact on the battery but also on temperature of the smartphone, which paradoxically could be close to what it was Snapdragon 810, Very powerful SoC but with oven temperatures.

To speak first of this solution was the other leaker Ice Universe, who talks about a release date of this solution for the month of July 2021, perhaps combined with the memory solution presented by Samsung itself that unites RAM LPDDR5 e UFS 3.1 in a single chip, however, designed especially for the mid-range. Over the months we will understand what we will find in this hypothetical smartphone vivo.

Kindle Scribe available today: read and write like on paper