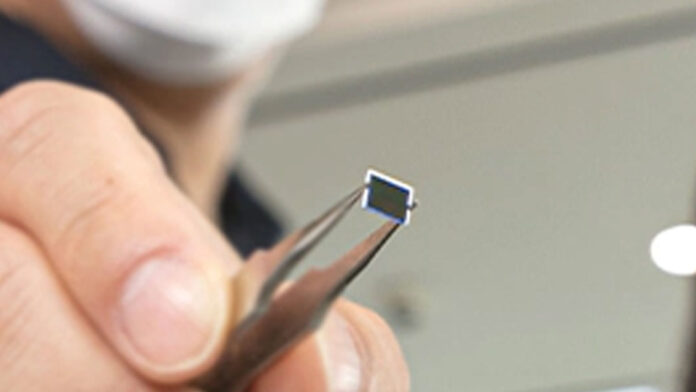 Creating a sensor like this again Samsung ISOCELL JN1 is the demonstration of the emergence of a new necessity in the world of smartphones. We certainly don't find out today, but since the camera became one of the selling point of telephony, smartphones are far from compact. You also want more capacious batteries that support a very energy-intensive hardware compartment, many phones are around 8/9 mm thick. Not to mention that, in addition to the general thickness, practically every phone has a step at the camera.

Samsung ISOCELL JN1 is one of the smallest sensors around

Samsung has therefore announced an ISOCELL JN1 which in some ways goes against the trend, as it offers a decent miniaturization sensor. The opposite way, for example, to what we saw with the Sharp Aquos R6, the smartphone with the largest camera in the world. In a market where the aim is to have ever larger and more capable sensors, the South Korean company has chosen to launch a sensor from 50 MP with pixels alone 0,64 μm. It is the first in the world to have such small pixels, but nevertheless it does not give up having features that we usually find on higher-end sensors.

The goal of the Samsung ISOCELL JN1 is to offer manufacturers the ability to create finer smartphone but without too many sacrifices. The statements speak of a 10% reduction compared to previous generations. The concern of having such small pixels is related to photographic quality, as larger pixels mean having a greater ability to acquire information. Samsung has worked on just that, improving light sensitivity by 16% with the technology ISOCELL 2.0. In particular, the technique Tetrapixel allows you to have a Pixel Binning function that improves sensitivity in low light. The same technique that we find on the Samsung GN1, the sensor on board the award-winning vivo X60 Pro +.

To ensure quality in the acquisition of the dynamic range there is the function Smart ISO, with which you can select the optimal ISO value based on the lighting of the scene. There is also the focus mode Dual Super PDAF, with which a very fast autofocus mechanism is allowed. Samsung JN1 also grants support for 4K video at 60 fps and 1080p at 240 fps. As Samsung claims, its small size makes it ideal as selfie camera, But also as wide-angle lens or for telephoto lenses. At this point, all that remains is to see it in action: the first smartphones will arrive in the coming months, probably branded Xiaomi, OPPO e live (as well as Samsung).

Huawei Nova 9 will replace Mate 50 this year: that's when

Huawei could launch 5G base range smartphones with Snapdragon and MediaTek