The market for folding smartphones has increased exponentially, given that in addition to the "pioneers", other brands with interesting products have also approached. However, among these pioneers there is Samsung, which after the previous success of the Galaxy fold e Z Fold 2, but also of the first Z Flip, is in the process of launching the new model which should respond to the name of Samsung Galaxy Z Flip 3, of which we have collected the first news on technical specifications, price and release.

Upgrade 07 / 06: we return to talk about Galaxy Z Flip 3, with the folding clamshell that could have a lower cost and particular colors. Find everything in the sections "Design and display" and "Price and release date".

After various rumors and particular patents that saw the Z Flip exploit in the two parts of the screen, one to look at selfies and the other to adjust the shooting settings, as well as a double front sensor inside, from the renderings made by LetsGoDigital we have the design of what could actually be next Galaxy Z Flip 3. Aside from the various bright colors, the arrangement of the secondary display and the dual external camera still remember the Galaxy S21, definitely obtaining a nice aesthetic effect.

Returning to the colors in any case, it seems that there will be 4 (compared to the 8 hypothesized by LetsGoDigital) as revealed by the leaker Ice Universe, which indicates Purple, Green, Beige and Black as shades that will arrive 100% on the market.

Turning specifically to the two panels, external and internal, we don't expect anything other than a AMOLED produced by Samsung with dynamic matrix and refresh rate a 120 Hz. For the internal diagonal, an interesting is assumed 6.7 ", which doesn't make it bulky at all. For the external one, on the other hand, we can see an expansion up to 1.83 ", so as to make better use of them. The single punch-hole top center and adopt the very resistant Gorilla Glass Victus.

Moving on to the hardware side of this product, it is easier for you to turn to a solution Qualcomm Snapdragon 870 and not 888 / Exynos 2100 also due to the chipset shortage. In any case, it remains a powerful and potentially less expensive product. Looking at the memory, we therefore expect no less than one storage from 128 / 256 GB UFS 3.1 it's surely 8 GB RAM LPDDR4x / 5.

The battery module would have a capacity of 3.300 mAh, with quick charge from 25W and a wireless one from 15W, certified by poco da 3C, which for the capacity is all in all justified. Finally, moving on to the camera module, it is very likely we will have a dual rear sensor from 12 + 12 MP with ultra-wide angle, with a selfie camera from 10 MP.

And we come to what is the most dubious part about Samsung's new folding. In fact, rumors have for months insisted on arriving in this one spring of the 2021, but currently that it can arrive together with the Galaxy S21 FE, that is, around the August 3th, 2021.

If we look at the price instead, it is very likely that the price of Galaxy Z Flip 3 it will be lower than its predecessor. This is because, according to Sammobile but not only that, it would follow the same policy as the Fold 3, that is, attracting the sector to users. Thus, we will be able to have the clamshell on the market at a price of around € 1.199, therefore at least € 200 less than the previous one. Less likely, however, it will cost less than this. 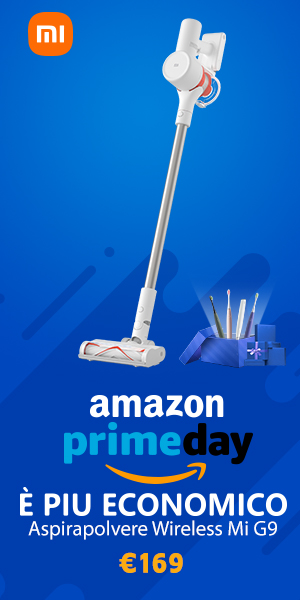 Top style and sound with Edifier NB2 for less ...

Redmi asks users what they would like in the K50s