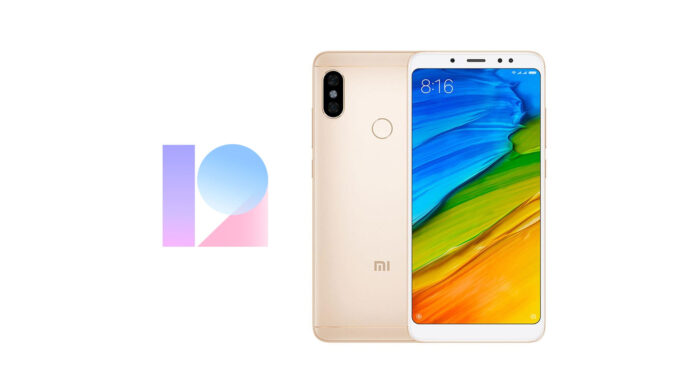 Excellent news for owners of Redmi Note 5: The release of the update to the MIUI 12 Stable. After a very short time in the form of Private Beta Testing, the previous firmware version becomes public. Although we are already talking about MIUI 12.5 and even of MIUI 13, however, it is an important step forward for the development of the smartphone software. Launched in 2018 with MIUI 9 and Android 8 Oreo, this is its third major update, at least as regards the proprietary UI.

Upgrade 15 / 06: officially starts the roll-out that brings the update to MIUI 12 Stable on Redmi Note 5. Find all the details in the article.

The update for Redmi Note 5 is the V12.0.2.0.PEIMIXM, therefore we speak of the MIUI 12 Global Stable. A news that will please Western users, since it even anticipates the Chinese release (currently stopped at MIUI 11). The version of Google's OS remains unchanged, however, still based on Android 9 Pie.

Below you can find the link to download. As in all cases, the installation will be carried out by acting through TWRP custom recovery, not before you have accomplished it unlocking the bootloader. The staff of GizChina assumes no responsibility in case of any malfunctions. If you prefer to avoid, you just have to wait for the notification of the update to arrive via OTA.

Despite having reported the news for a few days, there are owners of Redmi Note 5 who have not yet received the update. This is because those who publish them have roll-out stopped, because of a bootloop problem found on some units and reported in thespecial thread. For the moment the update is paused, so: as soon as it resumes we will let you know as soon as possible.

After several months, the update to the MIUI 12 Stable is again taking shape on Redmi Note 5. This time it is the build V12.0.3.0.PEICNXM, therefore it is the release China and in mode Stable Beta. As soon as the roll-out arrives in Europe, we will not fail to let you know.

How to install the MIUI 12 Stable

Recovery ROMs are ZIP files which can be installed locally or via modality recovery (both stock and TWRP).