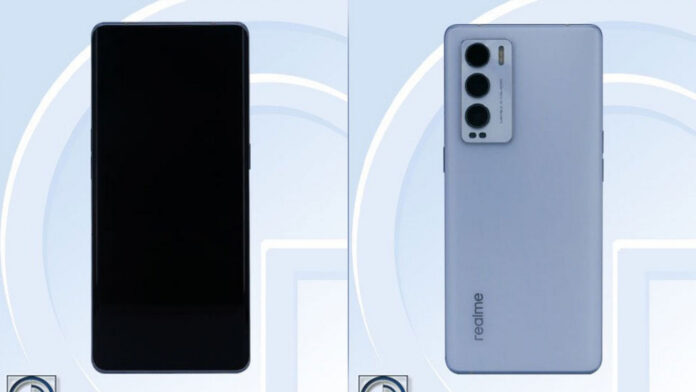 The second quarter of 2021 becomes even more interesting for Realme fans. After the arrival of the company's first smartphone equipped with the Snapdragon 888 (model GT, the brother Gt neo is equipped with the Dimensity 1200), the CEO anticipates the debut of a new device of the X family, which should arrive on the market under the name of Realme X9 e X9 Pro: let's find out all the rumors about design, specifications, price and release.

18 / 06 Update: new joint rumors lead to a well-defined release period of Realme X9 and X9 Pro. Find everything in “Price and release date”.

Realme X9 and X9 Pro: everything we know

The short clip published by Madhav Sheth does not report the commercial name of the smartphone, limiting itself to revealing that something is cooking for the X series. As for the name of the device, at the moment there is no certainty: the next model of the X family should arrive as Realme X9, thus skipping the X8 series, including a Pro model.

It is also very interesting to learn from the Arsenal Jun leak that the target of Realme X9 will be to replace the V15 (the famous "Koi") in terms of potential and above all X9 Pro which will take the place of the former flagship X50 Pro, we have reviewed e compared.

Let's start primarily with the rumors dedicated to the design of Realme X9 e X9 Pro. Initial rumors speak of a display Super AMOLED da 6,55 "Full HD + (2400 x 1080 pixels) in 20: 9 a 90 Hz. Model For it would push up to a panel curved at 120 Hz with Gorilla Glass 5 and aluminum frame. In both cases, however, we will have a fingerprint sensor in the screen. In the meantime, most of the leakers begin to associate Realme X9 (or perhaps X9 Pro) with the model certified by TENAA with the initials RMX3366. The model, perhaps the Pro variant, would have dimensions of 159,9 x 72,5 x 8 mm and a weight of 185 g. It will be available in White, Symphony, Apricot and Gray colors, with a look that is very reminiscent OPPO Reno 5 Pro +.

In this regard, the CEO of Realme has published a photo that reveals part of the design. The smartphone has a bright color similar to that of the recent V15 model (in Koi version) and the back houses both the brand name and the motto Dare To Leap.

Current versions X7 and X7 Pro they are equipped with the MediaTek Dimensity 800U and 1000+, therefore the use of the Dimensity 1200. And instead the leaks go in another direction, namely the presence of Qualcomm-branded SoCs. To be precise, Realme X9 would be based on the Snapdragon 778G (It should therefore be the model with the code name QuickSilver), while its model For would boast the use of the Snapdragon 870. Memory cuts include variants from 6 / 8 GB of RAM LPDDR4X e 128 / 256 / 512 GB of non-expandable UFS 3.1 storage. To guide the software part there will be the Realme UI 2.0 based on Android 11. For Realme X9 Pro the presence of stereo speaker with Dolby panoramic audio support, Z-Axys vibration motor and NFC. Once again we should find Super VOOC 2.0 fast charging support from 65W with a battery from 4.500 mAh.

For the photographic sector, then, there is a triple camera from 50 + 16 + 2 MP including Sony IMX766 primary, Sony IMX481 wide-angle lens and a secondary black and white lens. Finally, a Sony IMX616 selfie camera from 32 MP.

And just to confirm the arrival of the new models of the X series we think an official sample shot right from Realme RMX3366, which therefore significantly approaches the output of the product, which in this case was used in one Macro.

There is still no official presentation date for Realme X9 and X9 Pro, which already missed the appointment when they were presented Realme GT Global, along with the announcement of the first notebook Realme Book and the first tablet Realme Pad. This is because, according to the indiscretion of multiple Weibo leakers, they will almost certainly arrive in the month of July 2021, perhaps together with GT2 and XT 3, but for these there are few rumors.