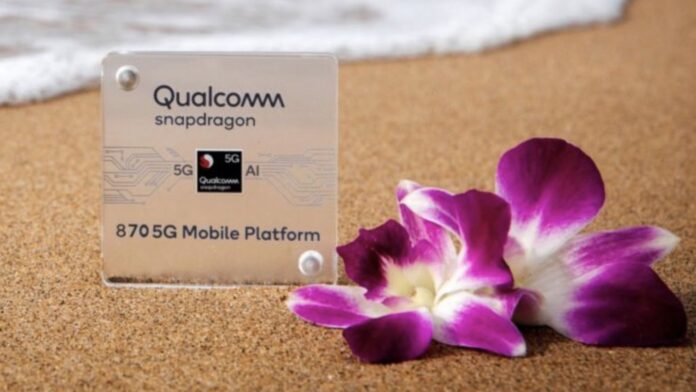 In a few months it has become one of the most prominent brands on the Asian scene and in Europe it is seriously starting to have its say. The truth is that Realme is today an increasingly interesting brand and this is demonstrated by the selection of products that it is bringing out between India, China and Europe and last but not least, it should soon launch one smartphone us Snapdragon 870.

Upgrade 05 / 06: interesting information about a Realme smartphone that could be traced back to the model with Snapdragon 870 emerges from a leak. You can find everything in the various sections of the article.

Realme with Snapdragon 870: everything we know

The rumors about a smartphone with the most talked about chipset of the last two months and that is keeping Qualcomm's supply alive have already been circulating for a couple of days, but there was no confirmation yet. Until the Vice President of Realme China, Wang Wei Derek, did not share a Weibo from a leaker, also confirming in the comments the imminent arrival of a smartphone with Snapdragon 870, together with the model with 778G.

To corroborate new rumors for the rumored Realme smartphone with Snapdragon 870 is the new leak from Digital Chat Station, which talks about a device, model number RMX3366, which uses a display Full HD + OLED diagonal with 6.55 " and this immediately suggests a higher-end model and not the aforementioned “Quicksilver”, which should count on a 6.43 ″ panel. Furthermore, for design, we learn that it will often be "alone" 8 mm, therefore a fairly slim smartphone.

If for the CPU we already know that this is the refresh of the top range Snapdragon, recently used a lot even in the 4G version, so with one Adreno GPU 650, the new detail is about the battery. In fact, this will be a double cell form from 4.400 mAh, as well as the model with Snapdragon 778G, but whose charging power could change.

To confirm the arrival of a smartphone that could represent the second most powerful of the 2021 brand is the leak of these hours by Digital Chat Station, who stated that the device with Snapdragon 870 will be presented, but on the occasion of the June 18 2021, just together with the aforementioned Quicksilver. So it's definitely not far.

For the price chapter, we return to the indiscretion of the Vice President of Realme, who asks what could be the price ideal for these smartphones and many have proposed a range not exceeding 3.000 yuan (therefore not exceeding approximately € 300-350), which for a smartphone with Snapdragon 870 however they seem congruous.

Roborock H7: the premium vacuum cleaner is back on offer from Italy

Xiaomi Mi True Wireless 2 Pro and other accessories on offer ...