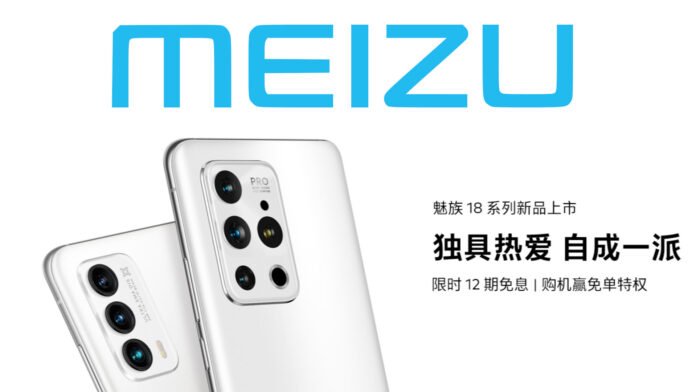 With the arrival of the 17 series, the Chinese company closed the smartphone chapter in 2020: no other models were presented and therefore it passed directly to Meizu 18 e 18 Pro for this year. In this article we group all the information on the new flagships of the brand, from the specifications of the technical data sheet, to the design, to the price and to availability.

07 / 06 Update: Meizu 18 returns to be talked about, this time with a new color coming. Find all the details directly at the end of the article.

Meizu 18 and 18 Pro: everything you need to know

For many weeks there has been talk of what the design of the new and unique smartphones would be like for the 2021 of the brand. Between realistic concept renderings and real teasers, we have arrived at a very pleasing product, which combines the best of mobile engineering in various aspects. If we take indeed Meizu 18, we have a bumper camera in the upper left but smaller than the Pro which however has more sensors. Certainly, we cannot say that they are not top of the range, given the elegance and quality of the materials.

And from the materials we move on to talk about display, the first game changer of the 18 series di Meizu. Starting from the “small” model, we have a nice curved panel from 6.2" with resolution QHD + (3200 x 1440 pixels) with density of PPI 563, technology Super AMOLED Samsung E4 by refresh rate a 120 Hz and touch sampling a 240 Hz. The maximum brightness is 1300 thread. For the model BESS instead we have a panel from 6.7" which incorporates all the technologies of the basic model, thus making it a product very suitable for high definition multimedia.

The chapter of hardware features it is certainly the juiciest and most interesting one of the whole question about Meizu 18 e 18 Pro. Starting, of course, with the powerful chipset Snapdragon 888, which in spite of the predictions they saw a 870 on the basic model, it is present on both models. Recall that the Qualcomm CPU is composed as follows: Octa-Core with Kryo 680 architecture at 5 nm 1 x 2.84 GHz + 3 x 2.42 GHz + 4 x 1.80 GHz. For the GPU one is present Adreno 660.

Moving on to the memories side, even here no expense was spared, selecting one RAM LPDDR5 to 12 GB, while for storage we reach a maximum of 256 GB UFS 3.1. For the battery there is instead a 4000 mAh module for the Meizu 18 and 4500 mAh for the Pro model. Super mCharge of the basic model reaches up to 36W Quick Charge 3 +, while the Pro one comes instead to 40W (also wireless) with support Quick Charge 4 +. There is no shortage of supports a 5G mmWave e Sub-6GHz, in addition to WiFi 6E.

The customized goodies of the new top range are then found in the proprietary graphics engines and software implementations. In fact, for mobile games there is the engine mEngine 4.0 which increases the performance of the 26% compared to the previous ones, but the mTouch ultrasonic fingerprint sensor, the first after the one implemented by Samsung. For the AI system processing is present OneMind 5.0, which increases user interaction. The operating system that pushes the two Meizu 18 and the Flyme 9, we're talking about here, based on Android 11.

As you can see from the images above, the results obtained by the benchmarking su GeekBench of both models Meizu 18 e 18 Pro, which push the performance of an actually very thick hardware to the maximum.

If the hardware is level, the sector is not far behind camera di Meizu 18 e 18 Pro. Starting with the base model, we have a main sensor from 64 MP Sony IMX682 ffinal match. by OIS e 7P lenses. Moving on, we have a telephoto da 8 MP f/2.4 OV08A10 and a macro-wide angle da 16 MP Samsung S5K3P9SX ffinal match. by 122 ° viewing angle. For the selfie camera, a central punch-hole solution, with super resolution from 44 MP.

The highlight, however, we find it with Meizu 18 Pro, which starts with a main sensor from 50 MP Samsung GN1 f/1.9 ultra-stabilized e 7P lenses. In addition, there is a macro-wide-angle sensor from 32 MP Sony IMX616 ffinal match. by viewing angle 130 °, but also the same telephoto lens as the basic one from 8 MP, but the real gem is the 3D depth sensor. Here too there is a selfie camera sensor Samsung GH1 da 44 MP.

Meizu 18 and 18 Pro - Price and availability

The new Meizu 18 e 18 Pro are practically available immediately in China, ready to do battle with Xiaomi e OPPO with first-level hardware shots, with prices that are certainly high but in line with what they offer:

Unfortunately there is no news regarding the Global distribution of the Meizu 18 and 18 Pro, but the hopes are not many as the brand's policy is very local and already with 17 and 17 Pro it has paid very well. Meanwhile, loyal users can find the devices on AliExpress, through the official Meizu store on the platform. Meizu 18 from 8/256 GB is proposed to 732€ while the older brother 18 Pro from 8/256 GB is proposed instead a 840€. In both cases it is the CHINA version, so evaluate well!

In the meantime, the company has announced the arrival of a new colorway at home. This is a special version of Meizu 18, produced in the sun 88 unit featuring a back cover Pure White. This should not be confused with the white color currently available, namely White Gray: it is a "dirty" white version, while in the case of the new incarnation we will have a Quad Curve panel practically immaculate. The price of the device has not been specified but Meizu reveals that being made with a particular process, the back cover alone has a cost (to the company) of approximately 132€ at the exchange rate, that is 1033 yuan. The new version will be launched in China on June 8th.