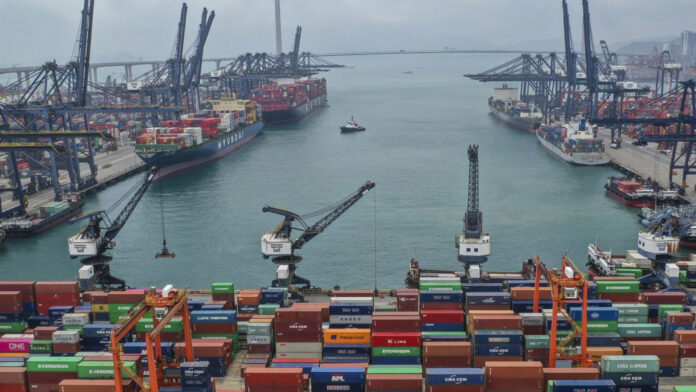 Do you remember when the Suez Canal was blocked from the container ship gone sideways? An event that made headlines, as it blocked a large part of merchant traffic from all over the world, putting the normal operations of companies at risk. Here, such a situation is happening these days in China: what happened is very different from the fate of the ship in Suez, but the result looks the same. It is happening in a Shenzhen port, a very important city for the Asian market and a nerve center for the passage of goods from China to the rest of the world. A few days ago, a Covid-19 outbreak which led the Chinese authorities to block the unloading and loading of goods.

China blocks a port in Shenzhen due to Covid-19: the global market is at risk

As happened in the case of Suez, the blockade of the port of Shenzhen is worrying all insiders, given the enormous importance on trade around the world. Suffice it to say that, in 2020 alone, 13,3 million containers passed through this maritime hub, thus worth more than a third of the foreign trade of Guangdong, the huge southern province of China. It all started on May 21, the day the Chinese authorities took over a hundred infections from coronavirus: not many, but enough to kick off mass testing. In the city of Guangzhou, the capital of Guangdong, they were 14 million people blocked at home waiting for the mass tests, which were asked not to go out except for situations of necessity.

That was enough to stop the operation of the port of Yantian, also because these 100 infections also include port employees. But not only that, because also the neighboring ports of Nansha e Shekou they are in a situation of congestion. Technically, the export operations have resumed, but the port of Shenzhen is practically stopped: due to the necessary disinfestation operations, the boats have to stop for up to 5 days at the port. Currently there are at least 40 ships waiting: also for this reason, many container boats are deciding to divert their traffic to other ports in China.

According to analysts, the situation appears quite serious, even worse than what happened to the aforementioned Suez canal. According to what was declared by analyst Iris Pang, this block will have direct consequences on China's economic performance. It is still early to make an estimate of the damage, but an increase in the costs of exports from China is assumed, eventually impacting on imports from Europe and the USA. Not to mention the obvious slowdowns that will derive from the cargo congestion that the ports will have to manage as soon as the situation normalizes, with delays which also arise up to 5 weeks.