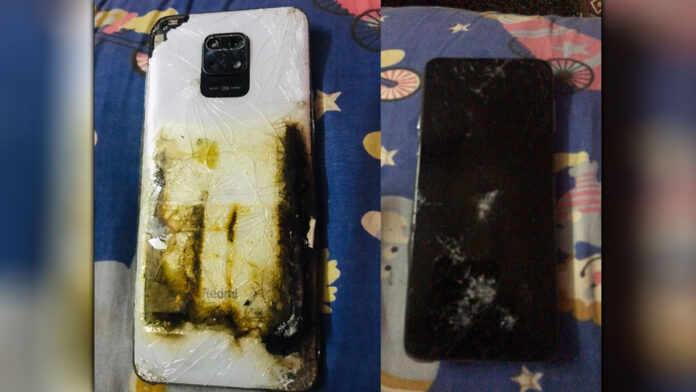 Like all devices equipped with a battery, smartphones are also subject to the risk of "esplosione”Which can derive from its damage. This is what happened in India to the detriment of a buyer of Notes redmi 9 Pro, who reported the incident on social media. But I use quotes because manufacturers make batteries that, instead of causing a real blowout, tend to ignite. On the other hand we are talking about sensitive objects, which are often used near the face, in the pocket and so on. The fact is that Priyanka Pavra, the name of the unfortunate user, promptly pointed the finger at Xiaomi on Twitter, which did not take long to respond.

Whenever such an event occurs, there is always a certain doubt about its actual causes. On the one hand we have Pavra, who bought the Redmi Note 9 Pro last December and who claims to have suddenly noticed smoke coming out of the smartphone. Being aware of other cases of the kind, he threw the smartphone into the water in order to avoid possible flames. The result is a completely damaged and unusable smartphone, including glass breaks and body burns. Fortunately for Pavra, there was no further damage to property or people.

On the other hand we have Xiaomi, which claims that it is all the user's fault, making a replacement or refund of damages unlikely. However, the company did not give details on how this damage would have been induced by Pavra. Here is what the company said: "All of our devices go through various levels of stringent quality tests to ensure that the quality of the device is not compromised at any level. At this stage, our team is investigating this case to determine the cause. Based on our initial investigation, the damage was caused by external forces and, therefore, classified as "damage caused by the customer". We are in contact with the customer to ensure that the matter is resolved as soon as possible".