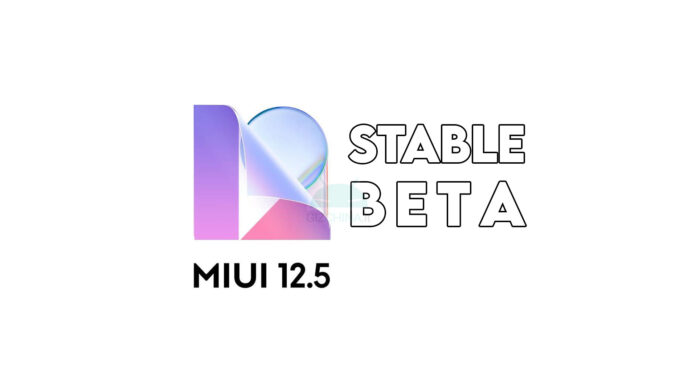 Especially with the advent of the new one MIUI 12.5, in the community Xiaomi the concept of Stable Beta. A topic that we have already covered previously in this vademecum and of which today we return to talk more specifically. This is because the aforementioned Xiaomi major update is expanding to many Xiaomi smartphones right in the Stable Beta phase and many may not know what it is. In order to avoid possible problems or misunderstandings, here's how it works and what changes compared to other types of ROM.

This is how Xiaomi's MIUI Stable Beta works

To understand what a MIUI Stable Beta is, you need to understand how Xiaomi's development process of a ROM works. When a new smartphone model is born, it needs its own version of MIUI. In addition to containing the Android operating system, the ROM contains the graphic and functional interface (MIUI) and all the various add-ons (drivers, software libraries and so on). It all starts with the ROMs Alpha (also called Nightly), the very first private ROMs that Xiaomi developers use to carry out all the usual tests.

Once completed, you move on to the phase Beta and here it is necessary to make a distinction. Xiaomi is one of the few companies that makes Beta ROMs available to their audience, albeit with limitations. The Beta program is very active in China, where many smartphones are tested by the most geek users. There MIUI 12.5 China Beta however, it can also be installed in the West, but as long as you have a modded smartphone and know what limitations you face (no Italian and Google services to be installed manually). In the West, however, the Global Beta program it is slower, less frequent, and involves fewer models than China.

What changes between Stable and Stable Beta?

But beyond that, beta testers are the ones who are at the forefront of testing the latest ROMs available. And from the Beta phase here we move on to that Stable Beta (also called Beta Stable), an intermediate phase before the final step. As is happening with the release of MIUI 12.5, once the Beta phase is completed, the definitive ROM is obtained. But especially if it is a major update with important news, there could be legitimate doubts about stability and possible bugs. If so, Xiaomi developers send this ROM via OTA first to beta testers and this is where the Stable Beta terminology is born. If no noteworthy bugs are found, the same ROM is sent to everyone. If you have a smartphone on which the MIUI 12.5 Global Beta has been tested, for example, here we will be among those who will receive the MIUI 12.5 Stable Beta.

In a nutshell, therefore, a Stable Beta ROM is the same as the Stable one that will follow it. But that's not always true, as there are examples of Stable Beta updates that are followed by the actual Stable only months later.

Who are the Mi Pilots?

Within the great Xiaomi themed vocabulary, I Pilot is one of the many terminologies that can happen to read on the net. Born with the inauguration of the program MIUI Global Beta, indicates all of those identification who take part in this Beta Testing. Here, the Mi Pilots are therefore those who will receive the Stable Beta update via OTA first of all, having to test it before its final and public release.

Advantages and disadvantages of Stable Betas

The installation of this type of ROM is only indicated for those who know what they are doing. As these are not public releases, the danger of bugs is always around the corner. The advantage of installing a Stable Beta is that you can access early (sometimes even wide) to news that Xiaomi is introducing. The downside is to risk having a unstable software and not always fully suitable for daily use without problems.

How to install a Stable Beta

As you may have understood, the MIUI Stable Beta ROMs are halfway between a private ROM and a public ROM. If you do not use a Xiaomi account that is officially part of beta testing, you will not be able to receive OTA Beta and Stable Beta updates. But in both cases it is still possible to install these ROMs, since Xiaomi grants its community a fair amount of flexibility.

Whether they are Beta or Stable Beta, the only way to install them if you are not Mi Pilot is to go through modding. This means doing it unlocking the bootloader, then install a TWRP custom recovery. Only then can you use the installation mode via TWRP to flash the ROM you downloaded.