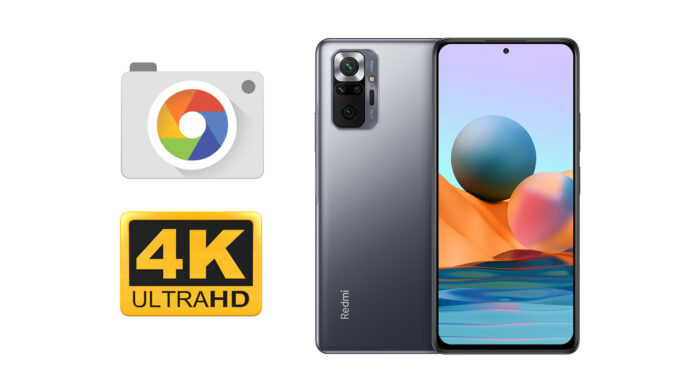 The two latest exponents of the Xiaomi mid-range are Redmi Note 10 e Note 10 Pro and several of their owners promptly poured into the Google Camera. When we are not talking about top of the range, photographic software are often not optimized at their peak, also to give more luster to real flagships. Since smartphone photography is one of the most considered aspects in the purchase phase, the attention of users is at its maximum and an absent feature can be a sour note.

Compared to a few years ago, i 4K video they are also available on mid-range such as Redmi Note 10 Pro. Although it is not a camera phone, it tries to offer an experience as complete as possible, but this does not mean that it has no "flaws". For example, Xiaomi has not given Note 10 Pro owners the opportunity to take advantage of the electronic stabilization ICE CREAM with 4K videos. The optical one is obviously precluded for hardware reasons, given that the relative OIS system is absent, but the EIS one is only a matter of software.

And since the Camera app present in the MIUI 12 pre-installed on Redmi Note 10 Pro does not have it, here comes the Google Camera. As the smartphone owners testify, thanks to the Gcam port it is possible to have stabilized videos not only in 1080p resolution. The difference between before and after can be seen with your own eyes in the demonstration video taken by Reddit (consider that a 5x crop was made to mark the difference). In case you also want to benefit from it, you can download the APK file ad hoc from the next page, more precisely the version of Urnyx05.

This MIUI feature makes you always have photos in focus on ...