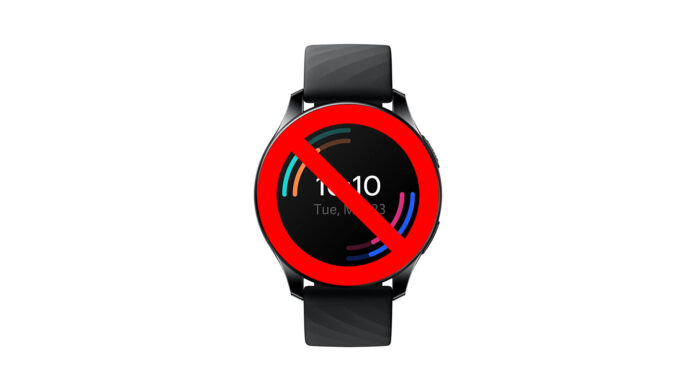 Since its debut, who has had the opportunity to try it first hand Oneplus watch he did not mention it in particularly enthusiastic words. From many quarters there have been criticisms of a product that is apparently not very successful. The fact is that, being also the first OnePlus smartwatch, many were curious to put it to the test, but reports of its disappearance from the market. Just take a trip to the official store to realize that the wearable is no longer available for purchase, neither in the Midnight Black nor in the Moonlight Silver variant.

OnePlus Watch: why this stop to sales of the smartwatch?

What you might think about at this point is that OnePlus Watch has had some success in sales, running out of stocks in a few days. Available at a list cost of € 159, trying to buy it from the official OnePlus website you get the message "Keep me updated“, Not being able to make the sale. But the reality is quite different: after a quick check, we realize that the smartwatch is no longer available not only in Italy, but in the rest of the world. Whether it is the German, US or Chinese store, it is no longer possible to buy the OnePlus watch. Even trying to look for it on Amazon, you realize that the smartwatch can no longer be purchased or pre-ordered.

Those who placed the pre-order have received cancellation notices from the company. The smartwatch should have been shipped in the period between 3 and 5 May, but it did not. Despite having opened the pre-orders, OnePlus has apparently decided to stop everything, therefore no deliveries (compared to a 20 € voucher of apology). To date, the company has specified that sales will resume on 12 May. The impression is that OnePlus has chosen to put the smartwatch project on standby, perhaps in view of an update that corrects all the reported problems. Personally, I think it can be ruled out that the smartwatch could eventually go out of business altogether, a move that would not undermine poco to the media image of the brand.