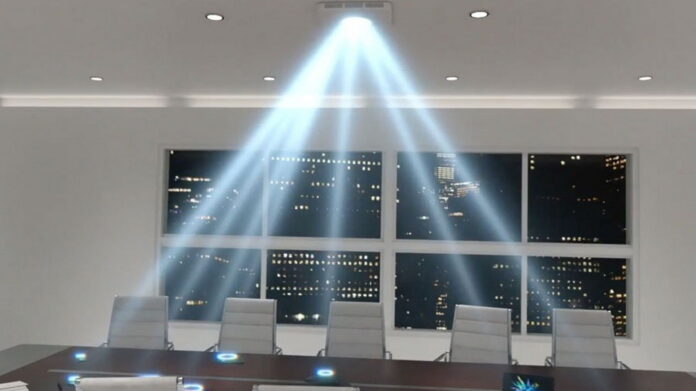 Very close to the presentation of the technology Xiaomi Mi Air Charge of Lei Jun's company, too Motorola he decided to take the field showing his version of the wireless remote charging for smartphone. One of the brand's executives has posted a video on Weibo in which he shows us this novelty in action, which should arrive under the name of Motorola one hyper.

13 / 05 Update: after months of silence we return to talk about Motorola's wireless remote charging. Find all the news directly at the end of the article.

Motorola like Xiaomi: here is remote wireless charging for smartphones

The short video that was published on Chinese social networks - and then also resumed on YouTube, you can find it below - shows two smartphones able to recharge from one distance of 80 and 100 cm. Based on the findings, the technology of wireless charging at a distance for smartphones by Motorola has a range of 1 meter; moreover, in the video you can also discover an interesting system of safety.

In fact, by placing your hand between the charging station and the smartphone, it charges it it is automatically stopped. This means that Motorola has implemented a safety system that blocks the operation of the module when it detects a person in its path.

However, while Xiaomi has been quite thorough in explaining the first details of its technology My Air Charge, Motorola stay vague. We do not know exactly how this novelty works and it is not possible to know the maximum power. However, one thing is certain: this could be one of the trends this year, with various smartphone manufacturers ready to clash to show the world their respective remote wireless charging technology.

In recent months we have seen the new wireless charging technology of Xiaomi e OPPO, but also the Motorola one. At the moment, in all three cases we do not yet have a commercial application but we hope to learn more in the second half of the year (fingers crossed). Meantime Motorola proves to carry on this project and to aim for wireless remote charging as a feature of its future smartphones.

In fact, the company has announced a partnership with GuRuWireless in order to develop the first smartphones capable of feeding over the air at one meter. As for GuRu, it is a reality that specializes precisely in over-the-air power systems, using patented millimeter wave (mmWave) integrated circuits and modules and proprietary Smart RF Lensing technology.

GuRu's wireless solution can be used as charging hub o power source: it is easy to install, safe and able to automatically adjust the power levels according to the device. The icing on the cake is that you can use the devices while charging without any hitch.

The purpose of GuRu and Motorola is therefore to transfer this technology on smartphone. However, at the moment the details of the collaboration are few: as soon as we know more we will update this article with all the news.