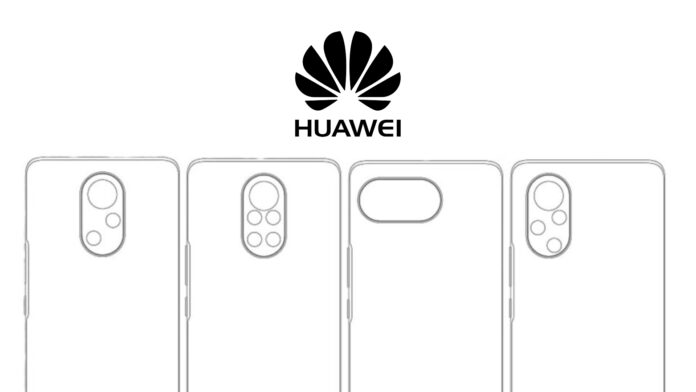 After yet another extension of the release times of the new flagship P50 series, Huawei is moving forward with ideas for future models. In fact, in a new patent we can see 4 smartphones with oval camera bumper made by Huawei, which could give way to launch new models in the coming months.

Huawei: here are the details of the patent of smartphones with oval camera bumper

As we can see from the image, the 4 models of smartphone they are very similar, but differ in certain locations of the camera module and in the number of sensors present. The first in fact, shares with the second model the central position on the back cover, but it features suns 3 sensors, with the auxiliary ones that are 2 for the first smartphone arranged diagonally and 4 in the second to make a square. Simply put, we have one Triple and a penta room respectively.

Moving on to the third model, Huawei hypothesizes a return to the horizontal camera module in the upper left, but with the same, huge pill that he used already used on Nova 8. Very likely he has assumed to use a super sensor from 1 " as well as done by Sharp for the interesting R6 launched in these hours. Finally, always at the top left but vertically we have the fourth bumper, composed of a quadruple chamber with the 3 auxiliaries in a triangle.

But what is the real common denominator of these 4 smartphones? Simply, the front, since for all Huawei has assumed a curved display with camera front central punch-hole. So let them be the drawings for the next smartphones of the range P after i P50? That they are those of the alleged Nova range? Or you are looking at the new ones Mate 50? Doubts remain, but the future will surely tell us what will come of it.