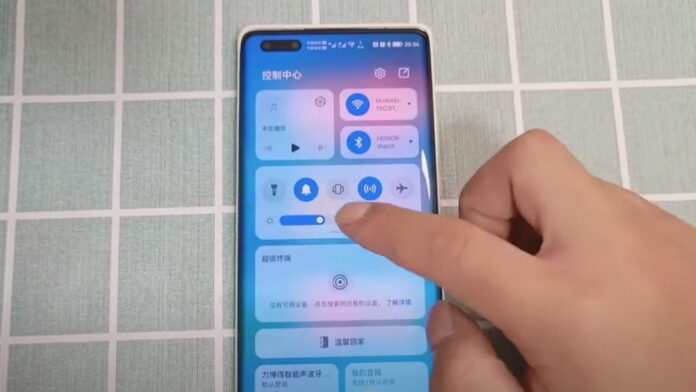 For some time now in China there has been talk of the arrival of HarmonyOS on board the Chinese company's smartphones: the same company announced that its folding would be the first model to receive the proprietary operating system, also arriving on the rest of the top of the range of the brand. The wait is slowly coming to an end and now a video shows us the performances of HarmonyOS 2.0 su Huawei Mate X2.

04 / 05 Update: the Huawei system is the protagonist of a new video, this time with Mate 40 Pro. If you want to find out more details on the OS, find all the news directly at the end of the article.

HarmonyOS 2.0 in action on the Huawei Mate X2

First of all it is good to specify that this is a beta release (3) and not the final stable version. HarmonyOS 2.0 per Huawei Mate X2 it seems to perform remarkably well, with smooth performance. More than anything else, it is possible to take yet another look at the operating system of the Chinese giant in recent months criticized for its excessive proximity to the look of Android. Also in this case the similarity is undeniable, even if there are some elements and styles that differ from the OS of the green robot. Below you will find the video showing the system in action aboard the new Huawei fold.

In addition to taking a look at the settings and the home screen, it is also possible to discover Huawei's apps for the Calendar and Notes; in addition you can also see the animations and some functions of the widgets.

Of course, there are still many mysteries surrounding the operating system of Huawei and at the moment it is impossible to have answers. All knots will come to a head once HarmonyOS 2.0 it will be officially launched in a stable version and according to the company's time line it is likely to be missing poco. If you want to know more, here you will find a list of all smartphones, wearables and tablets that should receive the much needed update to the new OS.

After the video from a few days ago HarmonyOS 2.0 returns to show itself, this time aboard Huawei Mate 40 Pro. This time we get to see the much talked about control Center and we can get yet another glimpse of his performance (here you can find the recent comparison with the EMUI 11). As for the control center, just swipe from the top right corner to recall it; swiping from the left corner calls up the search while a simple downward movement (from anywhere on the screen) calls up notifications.

However, beyond any similarity of the Control Center with that of other brands, it is interesting to note the speed in 'opening of the app (ultra-fast); this is a feature that currently only works with system applications but hopefully will also be extended to third-party ones.