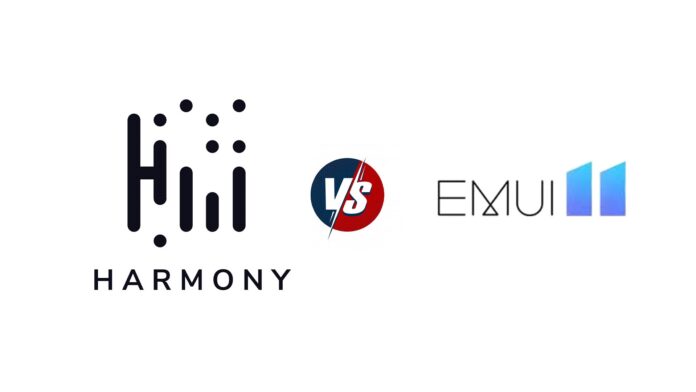 Recently we have returned to talk about HarmonyOS 2.0: Huawei has released a new Beta for developers and there are those on the net who have testified to it. For example, you have seen the new Quick Settings screen not at all similar to that of Xiaomi's MIUI 12? Or the compatibility with Google services that allows thePlay Store installation? Beta Testing is currently available for a few select models: the Mate 40 family, the foldable Mate X2 and a few others. Furthermore, testing is reserved for a small circle of users exclusively in China, therefore in the West there is a certain curiosity to discover its news.

Upgrade 04 / 05: we return to talk about performance in comparison between HarmonyOS and EMUI 11, with the current interface that defends itself very well in opening the apps. Find everything at the end of the article.

Huawei is preparing for HarmonyOS: this is how it behaves compared to the EMUI 11

Taking into consideration the Developer Preview 3.0 of HarmonyOS 2.0, there are those who have tested it to show us which ones differences there are on EMUI 11. On the graphics component it is still early to comment, given that the stable release is not yet close to release. But on the more typically performance aspect, the first tests have already revealed improvements over the current version of the EMUI. One of the aspects on which the Huawei management expressed itself during the presentation was precisely the optimization of performance e energy consumption.

In this regard, those who have been able to test HarmonyOS 2.0 speak of improvements in these two aspects. The tests in question were carried out through gaming sessions with King of Glory e Peace Elite HDR and compare Huawei Mate X2 with HarmonyOS 2.0 and Mate 40 Pro with EMUI 11. Two smartphones not exactly similar, but with an almost identical technical configuration, based on Kirin 9000.

As the graphs obtained from the tests show, not only HarmonyOS has a lower power consumption than the EMUI, but also offers a more stable frame rate during gaming. Obviously we do not expect drastic differences, but it is still a step forward for the development of Huawei's “proprietary” OS.

Performance tests continue comparing between the before and after of Huawei at the software level. After seeing that HarmonyOS proved to be more capable in gaming both for performance and for energy consumption, we learn from a video of Digital Chat Station, which on the same smartphones used in the previous comparison, that is Mate x2 (HarmonyOS) e Mate 40 Pro (EMUI 11), opening apps results in poco faster on the second.

Let's be clear, it is not that on Mate X2 with the new operating system it is slow, simply with the same chipset and refresh rate, we have a slight click from the Mate 40 Pro with Android ed EMUI 11. In any case, as the leaker explains, everything then hangs in favor of HarmonyOS when it comes to maintaining high performance, but it is clear that the level reached by the EMUI is still to be considered high.