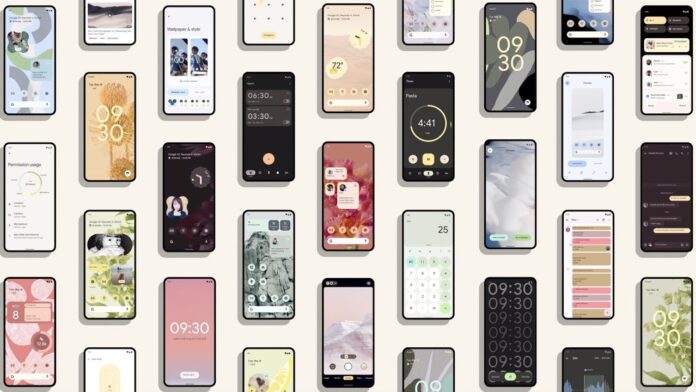 A few hours ago a Google I / O 2021 has been concluded which, among the many innovations, has officially given a face to Android 12. The new release of Google's mobile OS was highly anticipated, seen that the rumors they revealed to us an almost entirely redesigned system. And so it was, with Google that decided to change the cards on the table from an aesthetic point of view, but not only. The new major Android update also takes care of optimizing other more technical sectors, passing through the performance and the security sector. But let's see in more detail all the changes that we will see on smartphones in the coming months.

With Materal You the whole UI changes

The most prominent novelty with the advent of Android 12 is undoubtedly the transition from Material Design to the new Material you. The word "You" is not at all casual, because it indicates the will to empower users when it comes to personalization. Starting from new color management, with which people can choose which color palette to apply to the UI. It will be possible to simply start from the background used, take the dominant colors and let Android 12 apply them to the entire UI. The new accents will color various aspects of the interface, starting from the lock screen through icons, widgets, notification curtain, volume controls, menus and so on.

The aesthetic changes of Android 12 also affect the new widgets and renew them animations, smoother and more responsive than the previous Android 11. Speaking of lock screen, the major update Google modified it, introducing a new clock widget that takes up much of the space. Big changes also in the curtain for notifications and Quick Settings, both in terms of aesthetics and functionality, giving greater prominence to received messages and home automation and multimedia controls.

With the update to Android 12, Google has increased the degree of protection of its privacy, giving users new tools to use. Since the introduction of the privacy dashboard, with which to monitor what permissions they have and what data the apps we have installed on the smartphone can collect. A indicator which informs us when an app is using microphone and / or camera, with two new toggles in the Quick Settings to revoke this permission in one click. Furthermore, among the novelties we find the disguised geolocation, thus being able to provide an approximate GPS position to those apps that do not need to know where we are exactly.

When will Android 12 be released?

Like all major Google updates, Android 12 will also arrive in a stable form during theAutumn 2021. We don't have a specific date yet, but it will almost certainly coincide with the future release of the family Google Pixel 6. From that moment on, all the various manufacturers such as Xiaomi, Samsung, OnePlus, OPPO and so on will start releasing their respective updates.

While waiting for the stable update, various manufacturers have kicked off their Android 12 Beta program. Below you will find the list of compatible smartphones that we will update as more will be added: