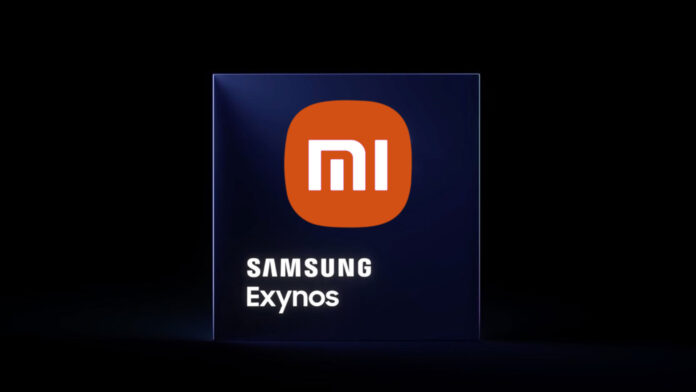 For as long as they have existed, companies like Xiaomi and OPPO have always focused on cooperation with two chipmakers: Qualcomm e MediaTek. These are the two main realities when it comes to smartphone SoCs, but they are not the only ones. There is a third company that operates a lot in the sector but mainly for itself: I'm talking about Samsung and its division Exynos. Thanks to its large market share, the Korean chipmaker is happy not to supply its technology to strictly rival companies such as Xiaomi. A reality similar to what was Huawei and HiSilicon, but today's reality sees the Chinese company heavily scaled down.

Samsung would be working with Xiaomi to make a custom SoC

To tell the truth, in its many years of activity, the hardware division of Samsung has always supplied various components to its competitors. The AMOLED screens of a good part of the mobile market are from Samsung, as well as RAM memories, ROMs and photo sensors. But when it comes to chipsets, we enter a much more complex sector in which Samsung believes it has an advantage that it does not want to share with its rivals. The only exceptions were Meizu e vivo, but we are talking about a company that is too small to bother you and one that operates mainly in China and much less elsewhere (especially in the West). On the contrary, Xiaomi and OPPO not only have larger market shares, but also have a more consolidated presence in other geographical areas such as Europe.

Nevertheless, have been rumored for months that Xiaomi and OPPO could join in vivo in Samsung's reception of Exynos chipsets. And a new report specifies how Xiaomi would be collaborating closely with Samsung for the realization of a Custom SoC. The two companies have already had at least five meetings to discuss an SoC with new technology Cortex-X2. To date, in fact, ARM has not yet announced anything about it, but it should do so within the next few months, using the new architecture. ARMv9.

Currently, Snapdragon 888 and Exynos 2100 are the only SoCs to mount an ARMv1-A-based Cortex-X8 core, capable of up to 20% better performance than ARM Cortex-A78. Surely the new Cortex-X2 will also find space on the next Qualcomm Snapdragon 8xx SoCs, so we will see what the differences will be. Surely we will have some on the graphics sector, since Qualcomm uses its own GPU Adreno, while the SoC of Xiaomi and Samsung would opt for the ARM Mali.