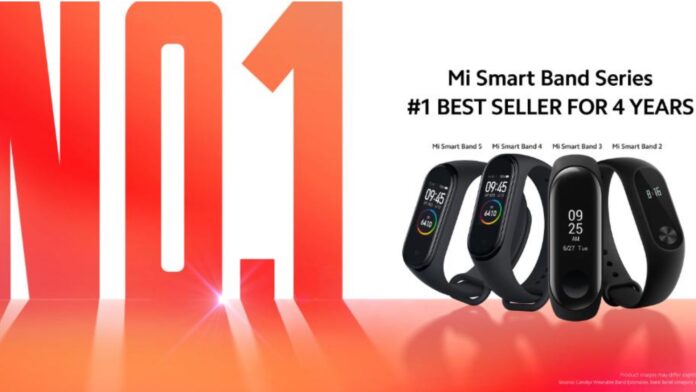 Although the wearables category is vast and if we look at a smartwatch the first thought is to Apple models, for the smartband category we can only think of those of Xiaomi. And not surprisingly, the Xiaomi Mi Band I'm from 4 years ranked first in sales sector smartband Global, still beating rivals.

From Xiaomi Mi Band 2 to Band 5, the secrets of Global sales success

How do you get to create a real "Dynasty" of the sector? It must be said that it is not from the first model that the Xiaomi smartbands are imposed on the market, but the reason obviously is to be found in the fact that the Global marketing has arrived definitively from the third model onwards, that is Mi Band 2, which from there began to create the groove in sales compared to rivals represented by Huawei, Honor, Samsung and company. In fact, from the aforementioned model, also with Mi Band 3, 4 e 5 the sales fate of the wearable series has always been the best it can be.

But how does this success come about, why do people buy We Band? The reasons are many, which we can gather in the important and strong quality / price ratio, great pride of Xiaomi, but perhaps it is an understatement. Because it is okay that the price is always competitive and tending to discounts and offers, but it is precisely what it offers (and attention, it is not the most complete product in the sector) that is enough and advances to the user to be satisfied with the device. And to think that level Overseas hubs NFC is missing, imagine if it was also brought by us.

Then there is definitely the loyalty factor, in which Xiaomi in recent years he has based many of the sales Mostly in Europe, both among smartphones and accessories and it is Mi Band that users become attached to and update year after year. Now with Mi Band 6 the task could be easy, given finally the full screen display, but the competition of 2021 is sensationally fierce, with Honor Band 6 e Huawei Band 6, but in some ways also OPPO Band aim to unseat the most loved bracelet in the world. Will they succeed? Appointment in 12 months, when we will better understand the impact. For now, Mi Band sleeps soundly.