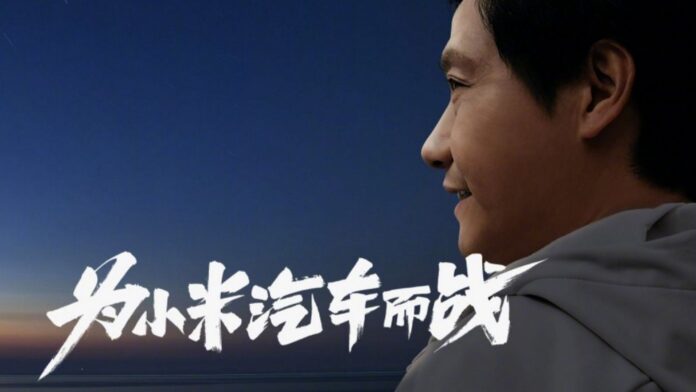 Some large manufacturers in recent years have been attracted to a particular market, namely the automotive one. From the Cupertino house, which more than once seems to have thought of a project of this type, up to Huawei that now seems to have definitively put the idea aside. For Xiaomi however, things are different: the Chinese company officially confirmed the arrival of its smart electric car during an event held in March 2021.

Upgrade 23 / 04: after the official confirmation by Xiaomi, new explanations on the project arrive. Find all the details directly at the end of the article.

Lei Jun thinks about the future, with the first Xiaomi car

Although the news of the last few hours is quite exciting, it is necessary to calm the minds for a moment. At the moment, in fact, there is no certainty of this news. In the sense that, after all, we have no official confirmation about the design of a car in the Xiaomi house. From the latest reports iFengNews, however, it seems that Lei Jun would like to personally lead this project in the future, perhaps creating a electric vehicle.

Already in 2013 there was a fruitful meeting between the CEO of Xiaomi and Elon Musk, the patron of Tesla. Here was born a strong interest on the part of Lei Jun in the automotive world, especially in the prospect of one day making an electric car. If he ever ventures into such a project, then, it would be an absolute surprise for the market and for the brand's ambitions.

Good news arrives, but to be taken with a grain of salt

The push and pull that sees protagonists Xiaomi and the project of an alleged one smart car continues unabated. This time comes yet another report that arises in a more positive way than what was seen with the statements of Xiaomi dating back to the month of February. Although Lei Jun has denied a project related to this sector, the Chinese media continue to insist.

The new report cites sources close to the CEO of the Chinese company (even some investors would speak of it) who would have confirmed the presence of work in progress to create a smart car. That's not all because it even seems that the responsible of the project is the same Lei Jun. Based on what was revealed by the alleged sources, Xiaomi would look out to the medium-high band of the automotive sector, with products that will benefit - of course - from the company's tech package.

The rumors continue with an alleged meeting between Lei Jun and the founder of NIO (the Chinese Tesla); then there would be various partnerships with local auto manufacturers, with names of the caliber of BYD. To conclude, the report reports that Xiaomi's smart car project should actually start from this or from next month. Will it really be so? What has been read so far is the result of leaks and rumors, so it must be taken with due precautions until an official confirmation from Xiaomi (if it ever comes).

Xiaomi Auto is reality: the electric vehicle of the brand will be made | Official

Through the official social channels Xiaomi announces the beginning of a new journey for the Chinese brand, this time grappling with its first electric car. According to what is read in the official statement, Lei Jun's house will launch into the sector of electric vehicles: no explicit mention is made of a car but all the clues and indiscretions collected so far point in this direction. Obviously there is always the benefit of the doubt and the company could refer to e scooters or electric bikes (even if we exclude it). To find out more we will have to wait for today's event, the second apparently of the mega live dedicated to the new Xiaomi products (including also My MIX Fold).

Given the rumors that have been running for months now, it is highly probable that this is the long-awaited one Xiaomi Auto, also given the size of the investment (we are talking about 10 billion dollars in the next 10 years) and the CEO and founder Lei Jun as responsible. Not only that, it seems that the vehicles will also be dedicated to the Global market: in short, it would therefore be a very serious plan to enter this particular sector.

The mega event in March didn't just bring top smartphones like My 11 Ultra and "alternative" models such as My MIX Fold, but also the official confirmation of the future of Xiaomi and its electric car smart. However, the news does not end there, thanks to a series of posts by Lei Jun: the executive has revealed some details that could make us understand the path taken by the company. First the CEO launched a survey on the Weibo social network, in which it asks users for suggestions on the name of Xiaomi's first electric vehicle.

As for the release period, we should have something concrete within the next 3 years, as predicted by previous rumors. In addition, other important details emerged from the various question and answer between Lei Jun and the fans: first of all, Xiaomi's car will be a SUV or a berlina (practically in the style of Testla Model X or Y), as pointed out by the CEO himself. This clarification arose from the fact that various Mi Fans would have wanted a sports model and therefore the manager wanted to make things clear right away.

Following the aforementioned survey done by Lei Jun on what the cars should be called Xiaomi, it is clear that we need to clarify the name of what we now simply define "Xiaomi Auto". It must be said that even this appellation is not at all accidental, given that the brand registered the brand as it is before it even officially entered the automotive sector, together with the name "Xiaomi Automobile". It initially seemed like a precautionary move, but then it became the concrete news we all know.

But it seems that the registered trademarks, which therefore feed the "full-name" for Xiaomi's car, are not finished at all. In fact, it is required of these hours of the brand "We Car", Or better than" Mi Che "(米 车), for 12 transport vehicles. The brand is then also combined with a sort of logo that would actually look good on a car at all Xiaomi, recorded a few years ago. Furthermore, it could also be consistent because it would effectively be like any Consumer product of the brand as a can be My 11. Obviously, these are assumptions based on these facts, so the question of "name" must always be taken with a grain of salt.

In recent weeks there has been continuous talk of cars on Chinese soil, from Huawei increasingly Queen of car software to Xiaomi and its official plans. And the latter have been subject to debate among experts and users, wondering why if production will start no earlier than 3 years, such important announcements have been made.

To try to give an answer was Wang Xiang, President of Xiaomi Group, declaring that this policy initiated by Lei Jun is essential to obtain supplies in time for resources globally but above all for it Develop of the aforementioned car. And the founder of the brand himself certainly has no shortage of "friends" with whom to create high-level automotive solutions. So the rule "prevention is better than cure" can only be good for Xiaomi.