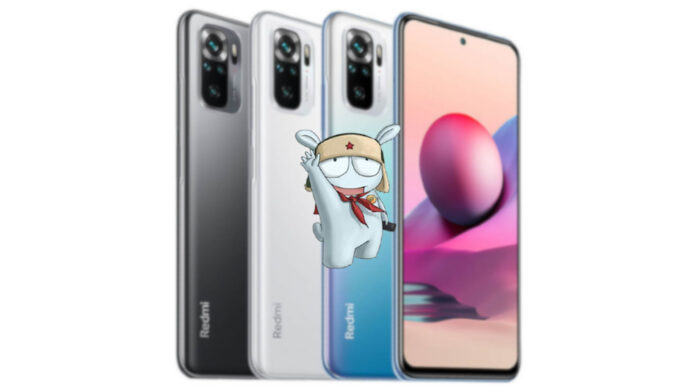 The series Redmi Notes 10 is now official and the curtain has been raised on the new family with AMOLED display. But obviously there was no lack of news also for the entry level range, as per tradition for Xiaomi. Let's find out the first details about redmi 10: in this article we will collect all the rumors about technical specifications, price and presentation date.

19 / 04 Update: after months of silence we return to talk about the possible arrival of the Redmi 10 series. Find all the details and news directly in the article.

Redmi 10: everything we know from the first details

As for what will be the structure of the new redmi 10, we can only rely on the hypotheses and indiscretions from Weibo, the well-known Chinese social network. In addition, even the "logic" plays an important role: just like the Note 10 range, Redmi 10 and the rest of the series should also undergo the same change of course in terms of design. We will therefore have a look inspired by Xiaomi Mi 11, in line with the Note 10 model, and almost certainly a panel Full HD + with punch hole for the selfie camera. We will likely have a side fingerprint reader.

For the , the previous rumors - from DigitalChatStation - talk about a panel OLED a 60 Hz Samsung E2, but it could also be a reference to the standard Note 10 (the 4G model, so to speak).

For the data sheet of redmi 10 groping in the dark, but rumors speak of a MediaTek chipset. Maybe there could also be a 5G model, maybe with Dimensity 700, but at the moment there are no details. Another important detail regarding the entry-level of Redmi is the main sensor of the camera, which according to the first reports it should be from 48 MP, included in a three sensor module with depth and macro. Obviously it is good to take everything with a grain of salt!

At present there are no certainties regarding the exit date of the new range base: however it seems that the family Redmi 10 it will depart from India and will make its debut in the country closely. The entry level series should peep out over the next few weeks but for now the leaks only confirm its existence and the fact that the presentation is not missing much. Redmi 9 was launched in June 2020 but it seems that this year the wait will be shorter: ergo the release date is likely to be set for the month of May (also because in April the stage is already dedicated to the series My 11X).

If you have a Xiaomi, immediately activate this option for your ...