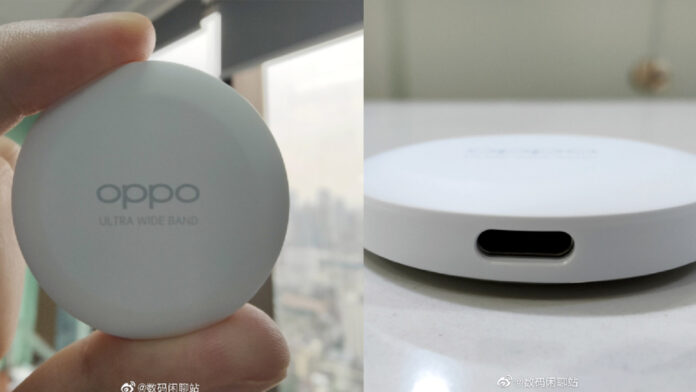 The news coming for the Chinese brand is not limited to the smartphone sector. In recent months, OPPO has amply demonstrated its interest in the IoT and life style sector with products such as SmartWatch e Smart TV. A new patent shows what the next accessory should be, OPPO Smart Tag: let's try to find out what it is and how it will work.

21 / 04 Update: we return to talk about the OPPO Smart Tag, this time with live images and interesting details. Find all the news directly at the end of the article.

Together with the new models of the series Galaxy S21 and to the headphones Buds pro, the Asian tech giant also unveiled its tracking device, a real novelty for the brand. In a nutshell, it is a Bluetooth tracker that uses BLE and UWB technology: by hooking it to objects such as keys, bags or even a dog's collar, it is possible to locate them at any time directly through the application that accompanies the device.

The functioning of the new OPPO it is essentially the same: we are faced with one Smart Tag which aims to further enrich the Chinese manufacturer's IoT offer. The patent was filed in China in May 2020 and the document shows us the device in its entirety. At the bottom there is a small hole, presumably to house an LED light; it does not seem to be a space dedicated to a key ring, given the small diameter.

After the first images of the Smart Tag di OPPO, the small device dedicated to localization appeared in a new document, again accompanied by some renderings. This time the accessory appeared in the Chinese CNIPA database and its design is somewhat different from that seen in the past months. The body of the Bluetooth tracker is now more dish and large: it loses its pebble shape and looks more like a board. Strangely there is no hole.

OPPO Smart Tag: the prototype in some live images | Update 21/04

Almost two months after the last news about it, but especially after the presentation of the long-awaited Apple AirTag, live images of what should be leaked on the web OPPO Smart Tag, which already from the design is different from that of the previous patent.

In fact, the tracking tag is round in shape, showing the brand logo and above all the UWB (Ultra Wide Band) technology. But most of all, the fact of being able to recharge that Smart Tag means USB Type-C, therefore it is assumed that it has greater functions than its competitors. According to the leak, it is a prototype still in the running-in phase, but it is not excluded that it may arrive in these ways

However, at the moment it is not clear if this will be the final design of the Smart Tag or if there will be further changes. It was hoped that the debut would coincide with the series Find X3, but atMarch 11 and actually even when we are writing this article, there are no dates yet.

OPPO exceeds its limits: soon a smartphone with 160W charging