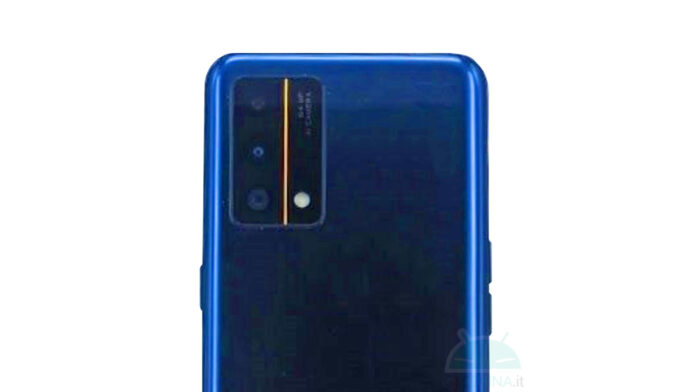 The Find X3 series has given way to the next gen of 2021 and now all the spotlight is on the series OPPO Reno 6. For some years, the manufacturer has shaped the Reno family as a link between the mid-range division, or the A series, and the premium one. Precisely for this reason there is always a certain curiosity about it, with the implementation of high-profile specifications but at a more democratic price. It is a difficult market segment, since it often ends up competing with the top of the range of the previous generation. But let's see what will be the innovations that will be embraced by the models of the Reno 6 series.

Upgrade 13 / 04: the future Reno 6 shows itself in the first benchmarks. Find all the details in the paragraph “Design and display” and “Hardware & Benchmark”.

OPPO Reno 6: everything we know

According to the words of the leakers, there will be three models again: OPPO Reno 6, Reno 6 Pro e Reno 6 Pro +. A new design was expected and so it seems it will be, thanks to the first images that appeared on the net. The smartphone that we see certified by TENAA does not yet have a strong name, but the initials PEXM00 it would indicate the Reno series. It is not known which model it will be, given the quantity of variants that the manufacturer usually proposes: however it seems that the other incarnations are the devices signed PEPM00 and PDNM00 (but we await more details on this). Returning to the TENAA, compared to the Reno 5 series we see a renewed photographic module, always vertically but with a line separating sensors from LED flashes and additional modules.

That said, the dimensions of the smartphone amount to 159,1 x 73,4 x 7,9 mm, for a screen dimensionally unchanged from Reno 5 da 6,43 "Full HD +. According to the leaks released so far, this series will also have a display punch-hole for the front camera housing. As expected, the base model (perhaps the one in the photo) will be equipped with a flat panel.

And according to a new leak, both the base model and the Pro models should all have a refresh rate at 90 Hz, as it was for the previous series. Some doubts arise for the Pro + model, because we are talking about models with chipsets MediaTek Dimensity 1200 e Snapdragon 870, but it could still be part of the discussion.

Turning instead to what we know about the alleged technical specifications, from the leakers it emerges that the chipsets used will be flagship, but unpublished. The Reno 5 series is based on both Qualcomm and MediaTek solutions, so it's hard to make a guess as to which SoCs to expect. These doubts arise because, according to rumors, OPPO will go strong on 5, 6 and 7 nm chipsets. According to rumors, OPPO Reno 6 would have the MediaTek Dimensity 1200, while the two models Pro e Pro + they would have respectively Snapdragon 870 and 888.

The model signed PEXM00 was also spotted in early benchmarks - we know it should be a family member OPPO Reno 6, but it is not known which one is for certain. However, it is likely that this is the basic model, given the specifications that can be deduced thanks to the analysis of the Geekbench data: the device seems to be equipped with the Snapdragon 768G, solution up to 2.8 GHz and with Adreno 620 GPU. So we should find Qualcomm on board all the incarnations of the device, but obviously it is good to wait for further news (or perhaps a confirmation from OPPO).

Regarding the battery, TENAA informs us that the alleged base model will have a double cell battery from 4.200 mAh, while we do not know the amperage of the other models. The double-cell structure confirms the presence of a very fast recharge: in this case, however, the leaks are divided, among those who speak of exceeding the 65W, who instead confirms that all the new ones are supplied OPPO Reno 6 they will have a charger of their own with that charging power.

Then there is talk of maximum support for ai 200W for the model Pro +, but everything remains in the field of speculations dictated by 3C certification.

Like the Redmi Note series for Xiaomi, the OPPO Reno one also has a fairly high release rate. The launch would not be that far away, given that the forecasts speak of April May as a submission period.