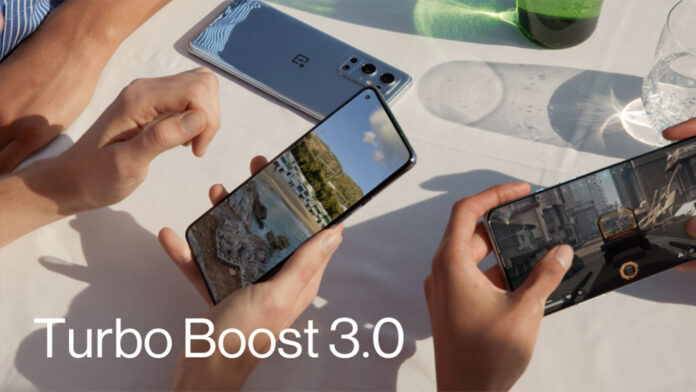 Also OnePlus is one of those manufacturers who will begin to use and show off the benefits of the concept of Virtual RAM. After you have it explained at Xiaomi, Pete Lau's company has also decided to illustrate how this feature works. On the occasion of the launch of the latest OnePlus 9 and 9 Pro, the hardware and software engineers worked together to create greater synergy between the components. Being able to count on ever higher performance, this is how the new OnePlus smartphones behave.

OnePlus explains the benefits of Turbo Boost 3.0 on the 9 series

Like all SoCs, so too Snapdragon 888 of Qualcomm contains the key elements for the performance of smartphones such as OnePlus 9 and 9 Pro. CPU and GPU manage the computational and graphics part, while the memories deal with managing the running processes and storing the data to be maintained over time. And this is where the Turbo Boost 3.0 mode intervenes, a name that basically indicates the RAM virtualization function.

The two smartphones can rely on 8 / 12 GB of RAM LPDDR5, in charge of keeping the operating system and the various background apps in memory. When we first start an app, it uses a minimum amount of RAM, which increases each time a new operation is performed in that app. When you switch to another app, the previous one is moved to the background but not closed, so it's ready when we reopen it. This involves a greater consumption of memory, especially if you consider that in the course of the day we are used to open many applications. Furthermore, it must be considered that certain apps continue to consume RAM, even when they are not active and are in the background.

And this is where OnePlus' memory optimization with Turbo Boost 3.0 comes into play. The OxygenOS plumbs system apps and services that are in memory to understand which are active and which are not. When an inactivity is detected, it is marked: if at the next check the associated app is still inactive, switch from physical to virtual RAM. Virtualization takes place inside the UFS 3.1 ROM memory, usually in charge of managing other things, that is the data to be kept constantly in memory. In this way, the actual RAM is freed and can make room for those apps that are active and therefore need immediate space. The benefits are substantiated in a + 25 % of apps open simultaneously than before.

At this point, someone might raise an objection: in the long run does this not risk using ROM memory, technically not designed to be rewritten so frequently? OnePlus has also thought about this, optimizing the Android code to check that the read / write operations between RAM and ROM take place with criteria.