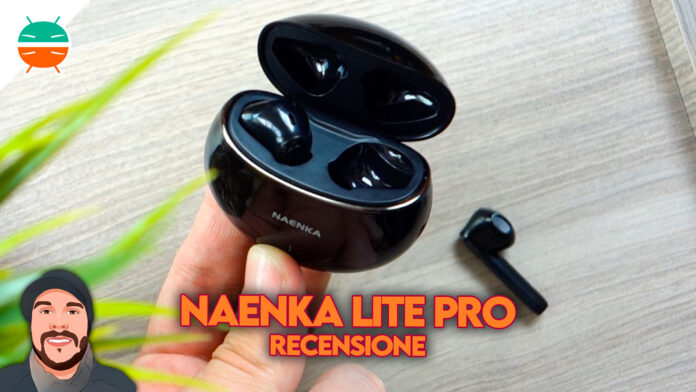 How has the earphone market grown in recent years? With the advent of true wireless headphones there has been a real explosion in this industry like never before. We would never have expected such a vigorous response from the public, even if it must be admitted that the countless advantages of accessories of this type have ultimately won out over everything. This is why several brands have decided to propose a solution in this sense, satisfying the majority of the public out there. Therefore, many different devices have been launched in this sense, especially from an aesthetic point of view. Many of these, however, do not have such different characteristics compared to competing ones. Will these Naenka Lite Pro be able to stand out a little from the crowd? Let's find out in this full review.

We have already been lucky enough to try Naenka branded devices, so even in this case we were not disappointed with the rather neat packaging. On a practical level, however, inside the package we find:

Even if you don't own a pair of Bluetooth headsets, you've probably seen something similar on the market before. In fact, for some years now, these accessories have had a great success, but there is a more important aspect to underline. When Apple decided to launch its AirPods on the market, a real case broke out that led many brands to "copy" the design of these headphones. This is why, even today, we find many products similar to these accessories on sale, often offered at lower figures. These Naenka Lite Pro, therefore, do not differ much from the earphones proposed by the Cupertino company, showing a very similar form factor. Despite this, they show a more flattened shape on the bottom, as well as a status LED, a touch surface, magnetic pins for charging and two distinct microphones. The latter are placed one at the bottom and the other at the top, but we'll see between poco how they behave in daily use. Beyond this aspect, therefore, the headphones are small and light, measuring 39,56 mm in length and a weight of poco less than 4 grams. They are almost not heard when wearing, not tiring our ears even after several hours of continuous use. 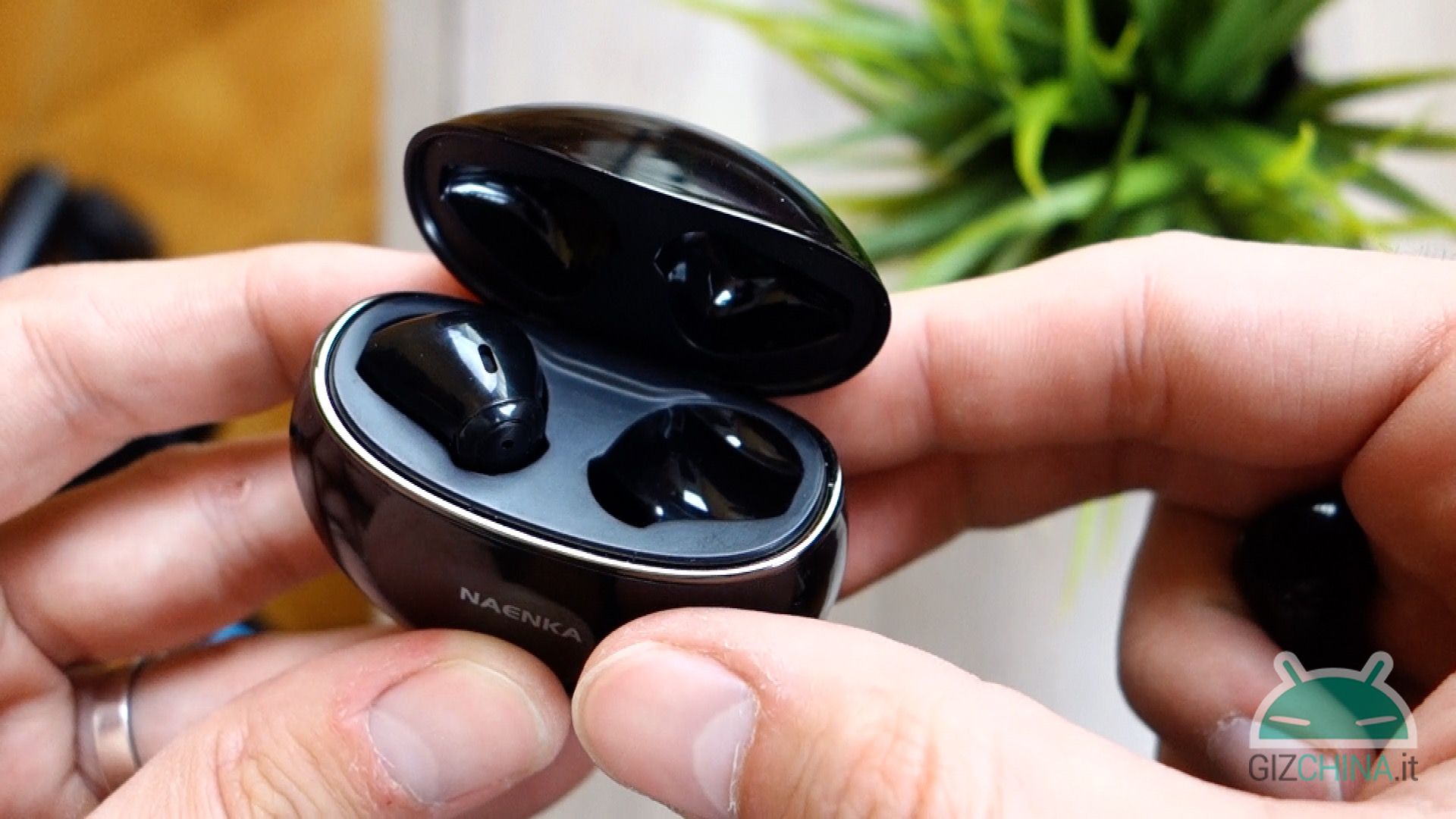 What makes the difference, as is often the case, is the charging case. Even in this case, however, the dimensions are rather small, measuring 58,012 x 57,890 mm, with a total weight (including headphones) of 40 grams. I do not think it is necessary to specify it, but this product is easily transportable in any pocket of the jacket, jeans or inside a very common backpack. Let's say, therefore, that on the move you will have absolutely no problem. Taking a closer look at this case, then, we note the presence on the bottom of a USB Type-C input, a front status LED and a simple opening at the top that is used to access the two earphones. What is the merit of this case? It can also be opened easily with one hand.

Here we find the IPX5 certification which makes them resistant to water splashes, so they can easily be used even during physical activity. I would like to point out only one aspect in particular: these earphones are not in-ear, so with a few shakes they can easily come out of the ears. However, it always depends on the type of conformation of the ear, which obviously varies from person to person. I haven't said it previously, but the Naenka Pro Lite are made entirely of plastic, as is the charging case. Let's say that it is not a very well finished material on this product, but I must say that for the price at which it is sold it is more than acceptable.

Let's analyze this pair of Bluetooth headsets in more detail, because at first glance they could deceive you. And not necessarily in the positive. I must say, in fact, that the company has taken steps to make these headphones rather performing, first of all equipping them with Bluetooth 5.2. This allows, therefore, to have a better latency and, above all, a better stability when connecting with our smartphone. Like any product of this type, in fact, they must remain connected to the phone to play all the various multimedia contents such as music, videos and games. I was not dissatisfied with this component, therefore, since the headphones have never disconnected with the smartphone even at a distance of more than 10 meters (without any obstacles).

I must say that in this case an external application capable of modifying some parameters of the headphones would have been useful. Despite this lack, however, I believe that the quality of these earphones remains unchanged. As on many other similar products, therefore, the Naenka Lite Pro offer different gestures that involve only a specific point of these accessories. We note, in fact, how on the upper part there is a delimited area that indicates the presence of this touch-sensitive surface. With a double tap on the right (or left) headphone, therefore, the function is activated Play / Pause. By clicking only once on the right earphone, then, we can raise the playback volume, while with a single tap on the left one we go to lower the volume. By holding down for a second on the left headphones, however, we go to the previous song, while with a long touch on the right one we go to the next track. That's not all, though, because with a long press on the left headphone it is possible to call up Google Assistant or, alternatively, Siri. With the same gesture, but on the right front, it is possible to switch from Normal Mode to Game Mode. When everything happens correctly, a voice indicates the actual passage from one mode to another. With the calls to answer or to put down, you have to double tap on one of the two headphones. I have never had too many problems, however, in using all these gestures, even if I must say that they do not always prove to be very reactive and precise. Let's say that we are more or less in the average of the products that are sold in its same price range. Don't worry, however, because the package contains a short user manual that explains each single gesture in detail.

I would immediately start with a brief analysis of the hardware contained within these earphones. Naenka Lite Pro, therefore, have a Qualcomm QCC3040 chip that can certainly have its say even from the sound point of view. To it, then, we find combined with a 13mm driver that actually allows you to take advantage of a rather clean and refined sound. Listening well to different tracks, in fact, I noticed a good depth of the sounds, with bass present and medium-high frequencies that do not dominate the scene. I must say, therefore, that in this case the headphones amazed me, showing a balanced audio. We do not find active noise cancellation, a feature that on a pair of headphones of this type could have been a plus. It must also be said, however, that they allow you to walk quietly on the street without the danger of not feeling where we are or where there are any obstacles. Inside a bus, therefore, the noises and the buzz of people can be heard enough. 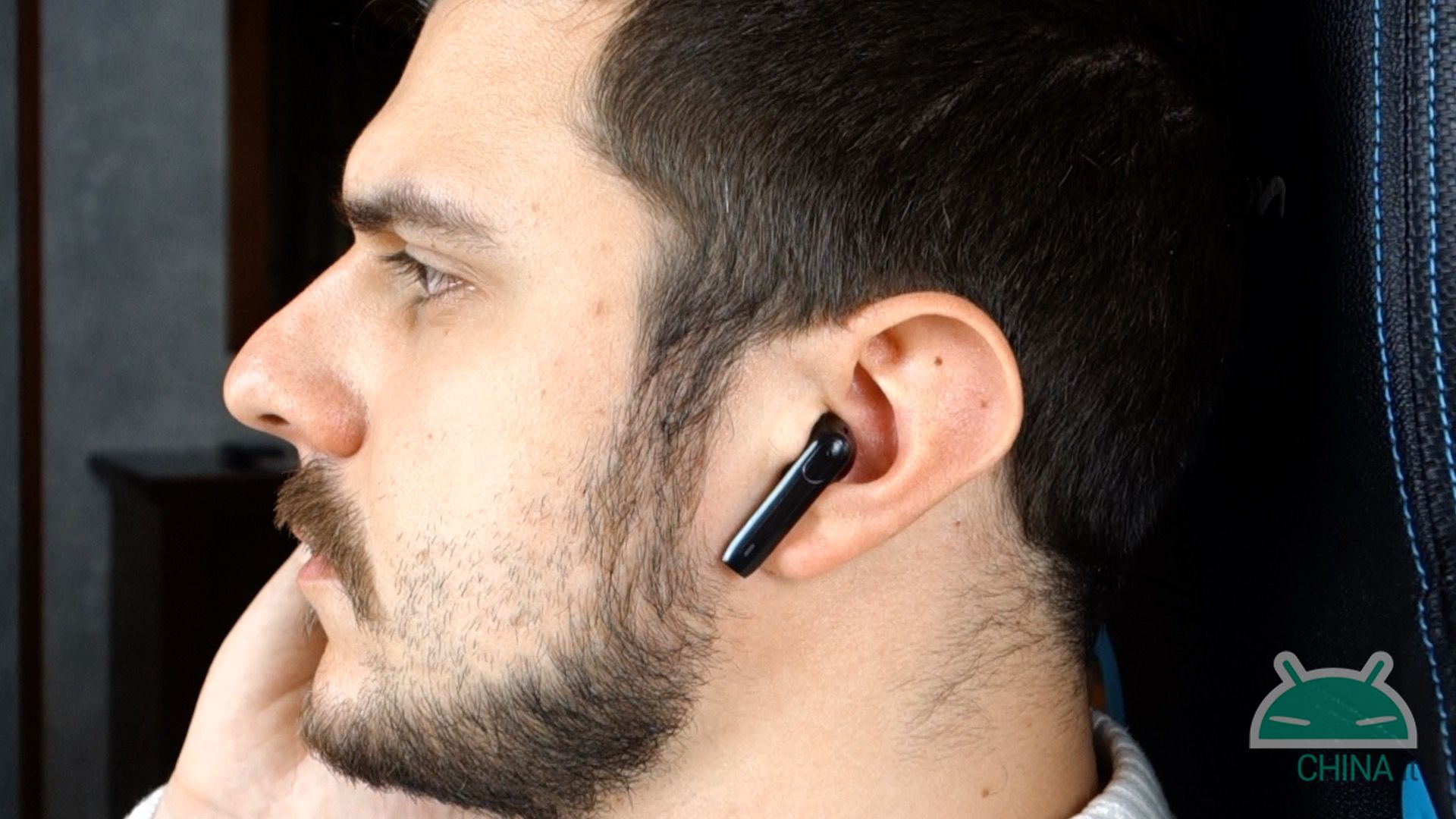 Don't despair, because the audio quality is also given by the compatibility with aptX HD and AAC codecs. I must admit, therefore, that the presence of these two codecs greatly improves the acoustic performance of the earphones that otherwise would probably not have been able to reach sufficiency. How does it fare in the gaming phase? In this respect I was quite satisfied, because the latency shown with some more frenetic video games was excellent. In fact, I would not have expected to be able to play Call of Duty Mobile so well and with such naturalness even without activating the Game Mode. With the latter, however, I must say that the yield does not change drastically, still reducing a poco general latency. While watching some videos on YouTube or on some video streaming platform such as Netflix and Amazon Prime Video, therefore, I have never encountered any problems. Everything that is said on video is reproduced in near real time in our headphones, without any noticeable delay. During the calls, however, let's say that I would have expected something more. From this point of view, in any case, for the price at which they are sold I must admit that perhaps they are among the best ever tried in this respect, also thanks to the presence of two different microphones that deal with reducing external noise and identifying our voice with precision.

Inside the charging case there is a 350 mAh battery, while we do not know what type of component is mounted on the earphones. Despite this, however, I can tell you that 5 hours of continuous listening (on a single charge) are guaranteed, although even 7 hours of playback are declared on the official website. In this respect, however, it is necessary to make a necessary premise: it depends a lot on how you use the earphones and the listening volume. I can tell you, therefore, that I have personally exploited them at a rather high volume, mainly on Spotify and with Normal Mode. This autonomy, therefore, drops dramatically if you use Game Mode even more.

Naenka Lite Pro they are currently on the official Naenka store and cost approx 42 €, of course only with our exclusive coupon.

The new Naenka Lite Pro arrive on the official store. Buy them now with our exclusive coupon!

Would you ever buy such a product for such a single figure? In case the answer is positive, I invite you to consider this pair of bluetooth earphones. I must say, in fact, that the Lite Pro are able to satisfy almost in every respect, limping a little only in the call phase. However, it has not often happened to me to find true wireless headphones with this sound performance, even on call, which is why I recommend them for almost every type of user. Even the most demanding, in fact, might find such a product good, able to offer clear and clean audio in any context. Let's say, then, that design helps, although something more could have been done on a constructive level. They still cost much less than half compared to AirPods and are perfect for the Android world.

OnePlus Watch removed from the market: why this turnaround?