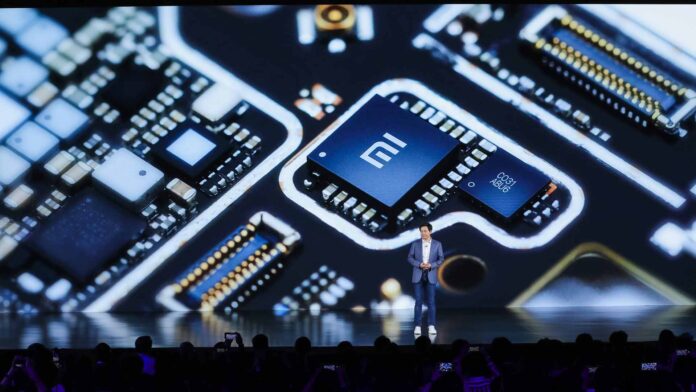 Through a teaser poster published on the official Weibo profile, Xiaomi confirmed the arrival of a new one proprietary chip during the event of 29 March. It will be the long-awaited Xiaomi Surge S2 or will we find ourselves struggling with something completely different?

30 / 03 Update: the Chinese company raised the curtain on its proprietary Surge C1 chip. Find all the details directly at the end of the article.

Xiaomi Surge C1 official: everything you need to know

At the moment there are no rumors that can give an answer to this question. The only certainty is given by the teaser you see above in which Xiaomi reveals that during the presentation on March 29th we will also find a new proprietary chip (in addition to an avalanche of news, including We 11 Pro, My 11 Ultra and the new one We MIX). A brief reference is made to the previous solution but in any case the company does not explicitly name a possible Xiaomi Surge S2. It is not necessarily a chipset for smartphone produced by Xiaomi: in fact, it cannot be excluded that it may be a module dedicated to IoT products. Or maybe it could be a chipset designed for the future wearable of the Chinese brand.

To put another flea in the ear we mention the various hardware solutions of Google like technologies Pixel Neural Core e Visual Core: Xiaomi's chip could also be a solution to be combined with Qualcomm SoCs to improve some aspects of performance.

Xiaomi: a proprietary ISP in the chipset?

After the rumor about the new chipset di Xiaomi, of which as illustrated above we do not know the identity or in any case we do not know which sector it will be aimed at, another interesting indiscretion also arrives. Indeed, according to the leaker Teme (RODENT950), the company would also be developing a image processor high profile, more commonly said ISP. To put it mildly, it is a processor similar to the Qualcomm Spectra, of which for example the My 11 it makes use of. Not a new idea for Xiaomi, which however seems to have gotten into gear to develop it.

According to what has been collected, therefore, it is not certain that we will actually find ourselves in front of the Xiaomi Surge S2 or at least a smartphone incarnation. As for the first one Surge S1, we recall that Xiaomi launched its chipset in the 2017 on board We are 5C: in this case it was a real SoC.

Years after the very first Surge S1, Lei Jun's house relaunches itself in the chip sector and gives birth to the new Xiaomi Surge C1. However, don't be fooled by the name of the series as this new model has nothing to do with the previous generation. It is therefore not a SoC but a ISP, that is an independent image processor, which acts as a support for the processing of the shots. Precisely, the new Xiaomi chip takes care of improving focus, white balance and exposure, all through proprietary algorithms.

The first smartphone to have this novelty on board is the folding of the MIX series: yes, we are talking about the brand new Xiaomi Mi MIX Fold and if you want to know more take a look at the dedicated article.