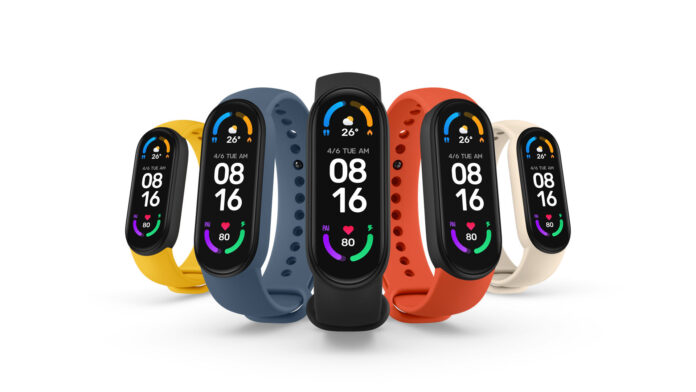 After the uninspiring launch of Xiaomi Mi Band 5, many are curious to find out what news the new smartband of the Chinese house will bring with it. After the first leaks - actually quite rich - here it is finally Xiaomi Mi Band 6 is official and coming in Italy: let's find out all about the features, specifications, price and release of the brand's new wearable!

Xiaomi Mi Band 6 official in Italy: everything you need to know

In terms of design, the Xiaomi Mi Band 6 does not aim to overturn the concept of smartband we are used to, also given the dimensional limits. At the same time, with the new wearable Xiaomi refines the aesthetics adopted on previous models, especially with the display. The new Mi Band 6 sports a look full screento keep the same size as previous models, but with more screen space.

In fact, the body in which the screen is contained remains almost unchanged. Except for very few construction details, the form factor is unchanged, but in favor of a larger display. After the big step of Honor Band 6 more radical changes could have been expected for the fitness tracker sector, but Xiaomi seems anchored to the style of previous generations. The body of the device measures 47.4 x 18.6 x 12.7 mm, with water resistance up to 5 ATM (50 meters).

The wearable is equipped with a display AMOLED touch from 1.56 " with a resolution from 486 152 pixels x, brightness up to 450 nits, 326 PPI and an amplitude of about 50% more than the Band 5. This is actually a great blow for lovers of Xiaomi's smartband line up, which therefore finds itself with a form factor widely tested, but with more information-rich watch faces.

Being able to develop more vertically, the panel of the Mi Band 6 allows you to have a greater amount of data under an eye and with more complete graphics.

Above you will find an interesting comparison between the panel of the band and that of its predecessor. The differences are remarkable and the Mi Band 6 really represents an important step forward for the Chinese house and its range of wearables.

Turning to the specifications and functions unfortunately we do not find the GPS, one of the features expected by all. Obviously there is no lack of monitoring of cardiac activity and sleep (also ofsleep apnea, very interesting detail), but above all we finally have the introduction of theSpO2. There is no shortage of functions dedicated to fitness, with support for 30 sports modes and automatic detection for 6 of these.

The battery is a 125 mAh unit, capable of offering up to 14 days of autonomy. We have stress monitoring, breathing exercises, PAI support, the function to take pictures remotely and all the basic features you would expect from a smart band.

Will Xiaomi Mi Band 6 be able to reply to messages?

During the period of indiscretions, there was also talk of the possibility of replying to messages with Xiaomi Mi Band 6, a function that if confirmed would appeal to many. As revealed by an insider, hacking into the app We Fit found some suspicious code strings, with reference to the Mi Band 6. Precisely these are the following sentences:

Based on what can be seen from the offending strings, just swipe upwards for reply to SMS directly through Xiaomi Mi Band 6. In the new screen you can choose one of the quick answers from those seen above.

Obviously it is too early to get excited, but it is undeniable that this novelty could also pave the way for answers to third-party app: it would be great to be able to answer WhatsApp e Telegram directly from the smartband! However, we point out that during the dedicated event, Xiaomi has not confirmed this function so we are waiting for news (whether it is a confirmation or a denial).

Il price in Italy of the new one Xiaomi Mi Band 6 and of 49.99€ while sales will start from end of April through the Mi Stores, the brand's online shop, Amazon and at the main consumer electronics chains.