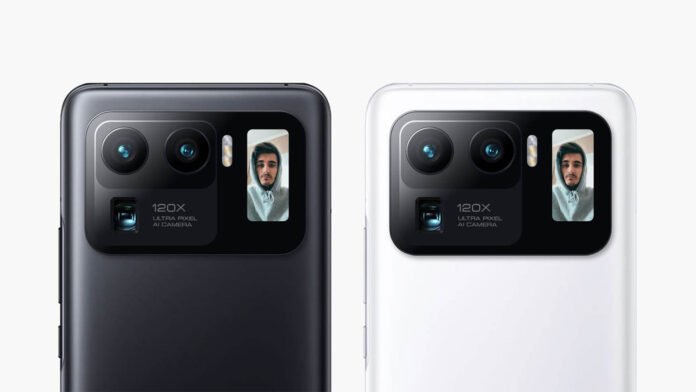 Many were expecting the launch of Xiaomi Mi 11 Ultra, but the company has decided to adopt a more delayed strategy, presenting the models at a distance from each other. To date, in fact, there are still no official presentations for We 11 Pro e Mi 11 Lite. There was also rumor of the possible presence of a variant Pro +, but at this point we think that the Ultra denomination will be maintained. But apart from that, let's see everything we know about the technical data, price and release date.

Upgrade 05 / 03: after talking far and wide about its second display and the Xiaomi Mi 11 Ultra camera, the device was spotted on the TENAA portal. Find all the details directly at the end of the article.

Xiaomi Mi 11 Ultra: everything we know about the super flagship

Unlike the vast majority of cases, about Xiaomi Mi 11 Ultra we already know a lot. This is because a YouTube channel has well thought out to publish a preview with a large dose of advance. The video was promptly deleted, but the damage has now been done. This is a rather strange preview, also because the smartphone comes in a protective case but without packaging, wrapped in a bubble wrap envelope. It could be a prototype or pseudo-such unit, just as the hypothesis of a quality hoax cannot be completely ruled out.

Below you will find all the details and images of the video. Based on what can be seen, Xiaomi Mi 11 Ultra would mount a panel OLED with curved edges, a unit from 6,81 ″ WQHD + with refresh rate a 120 Hz and Gorilla Class Victus protection. The video shows two colors, one white and one black. But the real novelty - and the most impressive element - is present on the back cover. Mi 11 Ultra, in fact, comes with a huge photo module, with a style that remembers POCO M3 brought to the nth degree.

The camera is inserted in a large protuberance that includes the sensors, the LED flash and a new one screen secondary, presumably useful for taking selfies with the main camera. The Second Display should be an IPS unit with a resolution of 294 x 126 pixels, at 60 Hz.

Xiaomi Mi 11 Ultra will be moved by Snapdragon 888, presumably with respectable amounts of RAM and storage. On the software side we will have the MIUI 12.5 while there will be features such as stereo speaker Harman / Kardon, support to the 5G and even certification IP68.

The real gem of the specifications is represented by the wireless charging, an ultra fast solution from 67W. Let's not forget the presence of wireless charging reverse from 10W. Wired charging will also be from 67W, to supply power to a battery which would be a unit from 5.000 mAh.

Putting aside layout, thickness and Second Display, the very particular photographic module of Xiaomi Mi 11 Ultra would include a triple camera. It would consist of a 50 MP, one from 48 MP and a telephoto a periscope always from 48 MP. As can also be seen from the images, there is the wording referring to zoom 120X, together with the Ultra Pixel AI Camera lettering. The black version also offers the wording 120X, 12-120mm, 1:1.95-4.1.

According to the leaker Ice Universe, the Xiaomi flagship would be one of the first to mount the Samsung ISOCELL GN2. The new sensor boasts an increased size of 1 / 1,12 ″, 1,4 µm pixels and Pixel Binning to get 12,5 MP photos with 2,8 µm pixels. It is the first sensor with the fastest Dual Pixel Pro autofocus technology, as well as Smart ISO Pro to improve dynamic range. Furthermore, it is capable of filming in 8K at 24 fps, 4K at 120 fps and 1080p up to 480 fps.

Despite the second display, Xiaomi Mi 11 Ultra would also be equipped with a selfie camera punch-hole da 20 MP.

At the moment there are no details on either price sales than on date presentation of Xiaomi Mi 11 Ultra; as soon as we know more we will update this article with all the news. However, in the past few hours the device appeared in the TENAA database with the initials M2102K1C. It would be the Chinese variant while the international one should be signed M2012K1G (it has already appeared both in Europe and in India and Indonesia). Between partentesi the portal of TENAA has also added the model M2102K11AC: in this case it should be Mi 11 Pro, an increased version of the current flagship.

However, the fact that the device has appeared in the TENAA portal means that the debut is now very close: that the launch is scheduled for the month of April or even at the end March?

Waiting for the new Ultra version if you are interested in Xiaomi Mi 11 we report a series of particularly attractive offers from the store TradingShenzhen. This is the China version of the top of the range and are expected € 16 shipping (Global Priority): however these are top prices and you can pay with PayPal.

Are you passionate about Xiaomi? Then don't miss out our review of the Mi 11, the brand's latest super top of the range!