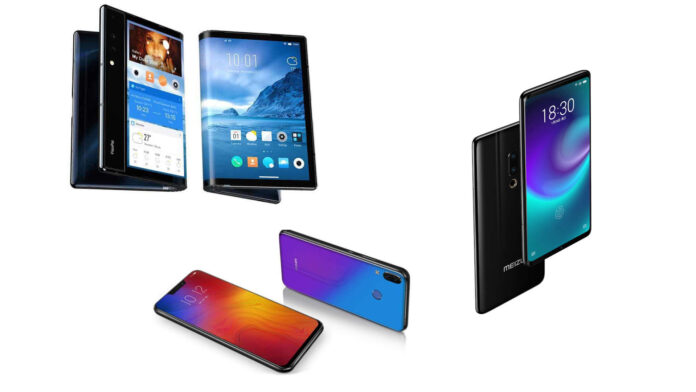 La China it is a country that brings new things when it comes to tech. Especially if it comes to telephony: having at home the core of the production chain, this is where many of the most compelling smartphones come from. Manufacturers like Huawei, Xiaomi and OPPO are the main pioneers of the news that we then see months or years later on the phones of other manufacturers. This does not mean, however, that there have been no missteps for Chinese companies, if not real flops. In this regard, in this article I will tell you about the worst experiments in Chinese-style telephony.

We go through the history of the worst Chinese telephony, to the sound of a flop

Let's start with the only model on the list that we have thoroughly reviewed, that is Xiaomi Mi 5C. A smartphone unique in the history of the brand, as (to date) it is the only one that has made use of a SoC owner. The Surge S1 represented a notable achievement for Xiaomi, but for which there was no follow-up, despite rumors. And that doesn't surprise us, given that it was definitely an experiment poco nailed it. We were able to test first hand the difficulties that came from using a SoC to say the least poco immature, between excessive energy consumption and network limitations. Not to mention the bad software support, having been born and died with Android 7 Nougat. Who knows if we will ever see a Xiaomi smartphone equipped with a homemade chipset.

It would be an exaggeration to call a product like it "flop" Xiaomi Mi MIX Alpha, able to amaze and excite i tech entusiasts of all the world. Its Surround display has made everyone's eyes go round, with a look that seems to come straight out of a futuristic concept. It's just the word "concept"The key to everything: for no one knows what reason, the Mi MIX line has suffered a setback and we have not had any Mi MIX 4. In its place a poco more than prototype Xiaomi Mi MIX Alpha, very expensive and almost impossible to buy. A technological display that turns out to be half successful, without considering the practical difficulties that arise from the use of such a screen.

Like Mi MIX Alpha, too Meizu PRO 7 it is not a real flop: to understand the reason for its presence on the list, a context is needed. A step back in history takes us back to the two-year period 2014/2015, when the company flexed its muscles against the big names in the sector with products such as MX4, M2 Note but above all PRO 5. The good things seen with the PRO series made it very promising, but with the subsequent top of the range Meizu has lost focus. First with a not entirely convincing PRO 6 and then with an even less concrete PRO 7.

His way to stand out was a second display of which the need was probably not felt. Especially when Nubia X it showed how it should be done, although a prototype revealed that Meizu was also working on such a solution, never officially arrived. From then on, for Meizu the road went uphill, between falling sales, problems with Google and an abandonment of the PRO series with consequent rebranding of the top of the range.

Quite different speech for Meizu Zero, whose flop was clear to everyone. Despite having won the prestigious iF Gold Awards, is probably one of the most disappointing meteors in recent years. Meizu has decided to take the winding road also seen from the Vivo APEX series, with a highly technological smartphone, free of buttons and holes. Some might argue "Who needs a phone like that?": Is the game worth the candle? Who would spend more than 1000 € for a phone without a charging port and without buttons, with all the compromises that follow? Evidently none, given that the crowdfunding campaign proved to be a failure. The CEO then commented on the incident: it was all a marketing ploy and there was never a real intention to sell it. But personally I do not know how well the media figure of the company has come out of it.

In itself Lenovo Z5 it is a smartphone without infamy and without praise. It is one of the many mid-ranges of 2018: Snapdragon 636, display with notch, dual camera and a modest sized battery. So why enter it? Not so much for the device itself, but for the way Lenovo has decided to promote its release. Before we found out what it would be like, the company released teasers that raised several eyebrows. Especially this teaser photo, in which a piece of screen was shown.

You will understand for yourself that such an image suggested that Lenovo Z5 would offer a full screen look which, for 2018, would have been a high-profile novelty. If that's not enough, there were more teasers to say the least poco misunderstood, in which they were mentioned 4 TB of memory and a battery capable of lasting 45 days. Too bad that in the first case it was a hard disk and in the second one SmartWatch. Clearly the public, including us, did not react well to the bitter surprise and Lenovo has since been treated with a certain amount of skepticism. May it be a lesson.

The situation around is quite different Lenovo Phab 2 Pro, whose disappointment is attributable more to Google than to Lenovo. It was the first smartphone in the world with Project Tango: you may be wondering what it is, and this is already a sign of the poor success of what is in effect one of the many projects abandoned by Big G.

The smartphone was equipped with a photographic section modified ad hoc to make one 3D mapping of the environment. This was possible thanks to a sensor system capable of carrying out 250.000 measurements per second to detect the space around it. What, in part, happens with ToF sensors that we find in many phones today. The potential of this approach to augmented reality they were manifoldAccording to Google: the fact is that Lenovo Phab 2 Pro was practically the only smartphone of the Project Tango, officially closed the following year.

We conclude with Royole FlexPai, what we can consider in all respects the very first folding smartphone of history. The problem lies precisely in the need to be the first at all costs: as the saying goes, "the hasty cat made the puppies blind". Royole has immediately attracted the attention of the media around the world, also in partnership with luxury brands such as Louis Vuitton. Unfortunately, this company fully embodies the extreme resourcefulness of the Chinese industry, often morbid in arriving first without thinking about concreteness.

If you have seen our video, as well as that of all those who have had the opportunity to try it, you will have noticed that Royole FlexPai is anything but a concrete product. It will also have a flexible screen, but the body is botched, the folding system is anything but refined and the software is - wanting to be nice - raw. Ok, have already launched a second model, but do we really need such immature products, in such a delicate sector as that of leaflets?