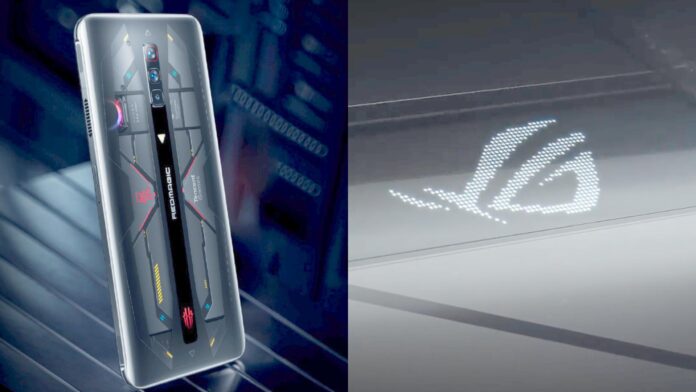 Even in a very casual way, today it is almost impossible to find smartphones without a game on it. The thing becomes more insistent if these games are more demanding, both graphically and mechanically, occupying a large slice of RAM memory. Hence, brands specialized in gaming smartphones such as ASUS e Nubia for theirs ROG Phone 5 e Red Magic 6 they have seen fit to bring well 18 GB di RAM, opening the memory compartment of these devices to new scenarios.

The ROG Phone and Red Magic gaming smartphones with 18 GB of RAM like PCs and perhaps more, will they also arrive on "normal" ones?

The discussion about this choice is certainly multi-functional. The reasons why 18 GB di RAM have entered a smartphone are many and mainly refer to gaming. In fact, if ROG Phone 5 e Red magic 6 pro have this amount of volatile memory, it is because mobile video games have become heavy to manage as they are graphically very defined, but also to let the terminal breathe with cloud gaming services such as Stadia o Xbox Game Pass.

It is true that a connection as stable as possible is also needed, but it is clear that having such an important memory load facilitates battery consumption, especially if everything is optimized by the great work of the Solar Core di Tencent, which is investing heavily in these platforms and is bringing gaming more and more into a three-way solution, gnawing more and more ground to PC e consul.

Obviously, among other things, it is not excluded that the aforementioned gaming smartphones will also be joined by industry colleagues Black Shark 4 Pro e Lenovo Legion Phone 2 Pro, ready to catch up with the first two.

In the future, will we also have 18 GB on “standard” flagships?

Now, it is clear that the question that arises spontaneously: but "normal" smartphones will also adopt this amount of RAM? The possibilities are there, chipsets like Snapdragon 888 allow you to reach these quantities and in fact we on smartphones like OPPO Find X2 Pro abbiamo 12 GB di RAM and even with S21 Ultra o My 10 Ultra we already have 16 GB di RAM, but they are certainly the most expensive choices and often less frequented by users.

This is because the brands claim to create a distinction with the gaming user and above all they believe (certainly rightly so), that although a top range is ready for thick games, the target is still different and therefore 16 GB they may already be too many. Obviously, let's expect it in the future (a little far, we hope) too 20 GB di RAM, but for now, don't worry if your terminal has "only" 6 or 8 GB, unless you want to play.