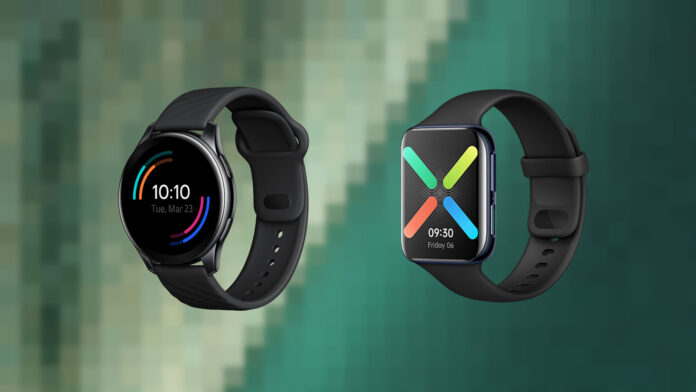 The debut of the new top of the range of the 9 series di OnePlus also marked the arrival of the first smartwatch of the Chinese house. Many believed that the device would be a rebrand of the OPPO - view the proximity between the two companies (and even the joint Research and Development division) - But this did not happen. To dispel any doubts and help you better understand the differences between the devices, let's find out all the details on specifications, design and price in the comparison. OnePlus Watch vs OPPO Watch.

OnePlus Watch vs OPPO Watch: all the differences on design, specifications and price

As we mentioned at the beginning, many imagine OP's first smartwatch as an alternative version of OPPO watch but this is absolutely not the case. OPPO's wearable comes in two versions - from 46 e 41 mm - both with a large display AMOLED squared. There is also a proprietary coupling for the strap and software side we find Wear OS of Google, with all the benefits of the case. The device allows you to install apps and make payments with Google Pay. We then have the ability to respond to messages in an appropriate manner (and make calls).

With Oneplus watch we are dealing with a totally different device, with a panel AMOLED circular and a proprietary operating system. On the hardware side we find more basic components, since the system does not require great efforts. There is no shortage of microphone and speaker, which allow you to answer calls (they are coupled with the phone, of course). We point out that OPPO has also released the model at home Watch RX, featuring a round strap and two physical buttons on the side. However, we are dealing with a smaller model than OP Watch, so it is not possible to speak of a rebrand. Furthermore, the RX version is designed only for the Chinese market and comes with ColorOS 1.5 on board.

Our comparison to find out the differences between OPPO Watch and OnePlus Watch ends with the selling price of the two wearables. Given all aspects of both, it is reasonable to expect very different figures. In the case of OPPO watch we have a price of poco more than 200€ for the 41mm version while the 46mm model should be back in stock in April. However, the launch price in Italy for the two devices was 249€ e 299€.

Oneplus watch debuted on the market a 159€: At the moment the marketing has not yet started and the company has not provided a date. However, it is already possible to pre-order on Amazon, with all the advantages of the case.