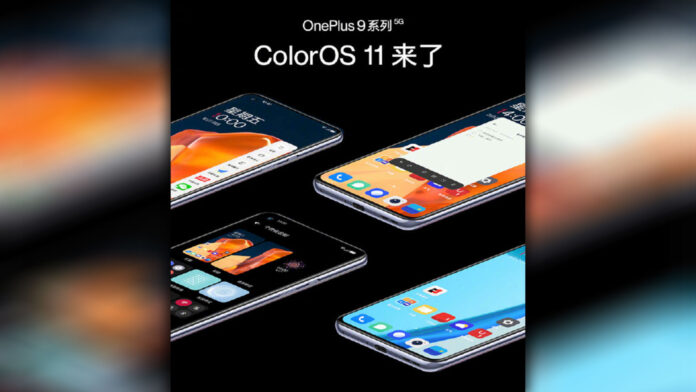 Although they are two brands that have always tried to give themselves their own well-defined identity, OPPO e OnePlus they often end up coinciding and finding themselves together in the same affairs. For this reason, the doubt that one day on OnePlus smartphones will return there coloros it is concrete, although it still has premature elements.

Upgrade 24 / 03: after the official confirmation, we discover a new detail for the use of ColorOS on OnePlus smartphones. Find all the details at the end of the article.

OnePlus: the return of ColorOS is something possible, but you have to go step by step

He thought about turning on the light bulb on the matter Digital Chat Station on Weibo, which urged users talking about the possible passage (again) of the OPPO interface on the smartphones of the "cousin" brand and colleague in the Oujia universe, as happened in the early days with the OnePlus One in China, before the advent of HydrogenOS. As expected, this is a possible reasoning but the possibilities themselves are relatively low.

This is because merging the two teams (we talk more about HydrogenOS) could be problematic, especially in a short time. In fact, despite the teams of Research and development OPPO and OnePlus are now one thing, reviewing everything towards the Find series producer brand would be reckless, at least at the beginning. So it is possible that the 9 series di OnePlus will keep the duo OxygenOS / HydrogenOS, but in the future the software could gradually include some functions of the ColorOS which would not therefore exclude a possible merger.

That ColorOS could become OnePlus's interface seemed almost fictional technology. And instead it seems that it will become a very concrete reality. This is confirmed by the Chinese team itself, officially confirming that it will be development of HydrogenOS stopped. The announcement appeared in the official QQ group:

"Hello everyone! Since its official release, HydrogenOS has received strong support and love. HydrogenOS has spent countless happy days with us and we sincerely appreciate your support and help! We express our deep regret and apologize for the inconvenience caused by the shutdown of HydrogenOS! We are in the same mood right now. No words can express our heartfelt apologies. The HydrogenOS site will be closed on March 24th. The servers will close on April 1st. We sincerely look forward to your continued support and attention to our ColorOS 11 system with Ouga technology. We kindly invite you to try! "

OnePlus smartphones in China would be so ready for the transition to ColorOS 11. Furthermore, on the QQ group it is reported that they will also begin to be sold in OPPO Stores in China. Given the proximity of the aforementioned dates, one would think that the series OnePlus 9 will have the OPPO UI directly. Reactions from Chinese users quickly polarized. There are those who like the use of a better localized ColorOS for China. But there are also those who see this change as a step backwards in terms of software independence. Also because it will be necessary to understand if the UI adopted on the next Chinese OnePlus will be the same as the ColorOS or if the same OnePlus skin will be kept.

For us users Global, at least for now, no changes are expected. Here is what was declared by the OnePlus team: "We currently have no updates on HydrogenOS to share, but we can confirm that OxygenOS remains our operating system for all global devices". We just have to wait for more precise news, both for China and for the rest of the world.

The more the days pass, the more we see confirmed the abandonment of HydrogenOS in favor of ColorOS 11 by OPPO. There are some to reiterate this transition in the software live photos di OnePlus 9, captured with the interface of the sister company on board.

It is therefore increasingly probable that already with the OnePlus 9 series the UI will change hands between OnePlus and OPPO. We would like to reiterate again that this change will concern only China.

As expected, within hours of the presentation it is confirmation arrived of the handover for the software part of OnePlus. Confirmation came from Gary C., the company's product lead, confirming that devices in China will use a customized version of ColorOS 11.

It will be a version specially designed for OnePlus smartphones and the transition will officially start with the new series OnePlus 9. Meanwhile, past models with HydrogenOS will continue to be updated for the time they have left. In addition, even the owners of the Chinese series OnePlus 8 will be able to manually install ColorOS 11. For models Globalinstead, the OXYGEN the pre-installed UI will remain.

Here are which OnePlus models will be updated to ColorOS 11

Following the presentation of the OnePlus 9 series, the software team revealed the list of models which will be updated to ColorOS 11.2. The list includes the following smartphones:

Nothing to do for the Nord series, but that's normal, as those models aren't sold in China.

If you already know the coloros, then you may know that OPPO is very restrictive when it comes to software modifications. Together with Huawei, it is one of the companies that most limits modding operations on its smartphones. And in fact you will have noticed that on GizChina we never talk about custom ROMs or similar procedures, as the OPPO modding community is practically non-existent. Fortunately for users OnePlus, Carl Pei's company has well thought of bypassing one of these stakes.

And in fact on OnePlus smartphones with ColorOS it will still be possible to get the root permissions without voiding the warranty. The company wanted to keep its “geek” streak alive, which has distinguished it since its inception. A considerable advantage, if you think that both OPPO and Realme have opposite policies when it comes to warranty.