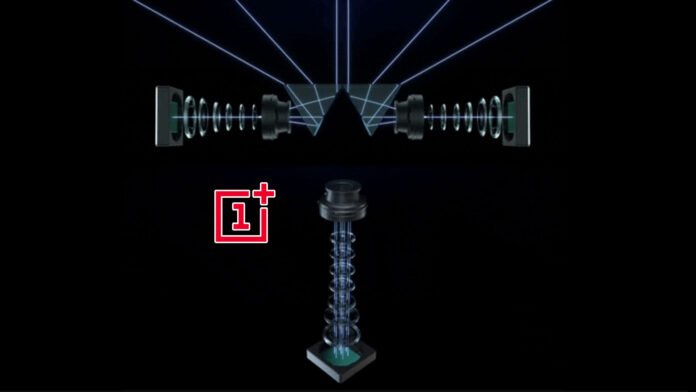 We are in March 2021, the presentation of OnePlus 9 and 9 Pro (e 9 "Lite") comes close, but if we told you that we are already talking about OnePlus 9T and / or OnePlus 10? And on the way in an official capacity? No, I'm not kidding: OnePlus has illustrated some of the photographic innovations that we will have on the 9 series, but has jumped the ball to talk about the future. Sure, the names of 9T and 10 weren't mentioned for obvious reasons, but management explicitly talked about two technologies for cameras they are working on for future OnePlus devices. And since we are talking about official and detailed information and not mere rumors, it is at least interesting to talk about it even several months in advance.

The first novelty is called Super Panoramic Camera and it is the union of the efforts undertaken to improve the main sensor and the wide-angle one. Usually when you take a panoramic photo, you move the smartphone horizontally and the system takes multiple frames which it then combines in the form of a single photo. Clearly it is a fallacious system, as the micro-blur resulting from the movement of the hands can lead to a degradation of the image. OnePlus has thought of a decidedly more complex system, with the merging of two sensors, arranged in such a way that they "look" one in front of the other. In the middle there is a prism in charge of reflecting the light in the two sensors: the information received is then synchronized and the result is a photos at 140 ° obtained in an instant and without having to move your hands.

The other novelty, previously called T-Lens, is called Bionic Lens, a name that derives from the similarities with the behavior of the human eye. The lens takes the place of the coil motor traditionally used in today's smartphone cameras. Its conformation allows a focus 5 to 10 times faster than normal, but that's not the only advantage. In this way, the lens guarantees lower power consumption for focusing and reduces the footprint of the front camera. Not only that: this speed means that you can take two photos, standard and with bokeh, in quick succession and combine them to increase the quality.

The BlitzWolf BW-GC2 gaming chair drops at the best price, with shipping ...

Samsung: here are the models that will update to Android 12 and ...