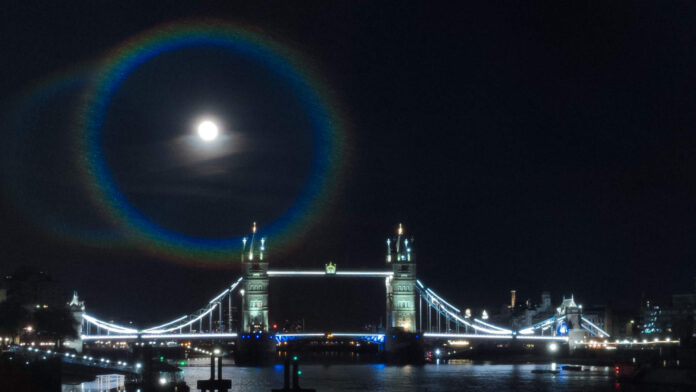 Now the series OnePlus 9 is on everyone's lips: the new top range of the Chinese brand is official, available for purchase and comes with a novelty for the photographic sector, namely the collaboration with Hasselblad. To show the Community the potential of the devices, the company has announced the campaign True Colors that will bring to the stage something never seen before.

31 / 03 Update: the Chinese company kicked off the True Colors campaign with some spectacular night shots. Find all the details directly at the end of the article.

The OnePlus 9 series protagonist of the True Colors campaign

OnePlus did not provide further details regarding the campaign True Colors and the mysterious incoming event. The company has confirmed that we will be faced with a natural phenomenon extremely rare, which will allow you to appreciate all the beauty of the colors returned by the series OnePlus 9. Below you will find the dedicated teaser: keep an eye on the moon in the coming days.

The Chinese house has also published a video dedicated to the True Colors campaign, in collaboration with the award-winning photographer Hasselblad Julius Hirtzberger, who immortalized the natural colors of the landscapes of the port of Split, Croatia.

Obviously this is only the first step in OnePlus' new journey. Let's expect contest photographic, tutorial and so on, but above all we are curious to discover the mysterious phenomenon immortalized by the OnePlus 9 series.

As promised last week, OnePlus shows us the potential offered by the 9 series with some spectacular shots, which immortalize a unique natural phenomenon known as Moonbow. This occurs when moonlight refracts through water droplets in the air; it is a rare phenomenon, visible only in some remote places but which OP managed to immortalize in London.

TrueColors Moonbow was inspired by OnePlus' partnership with Hasselblad, one of the world's leading manufacturers of cameras and lenses, renowned for its iconic design, uncompromising image quality and natural color treatment. Hasselblad Camera for Mobile of the OnePlus 9 series offers Hasselblad's iconic natural color calibration to give photos a natural-looking color.

In lunar rainbows, the light is usually too dim to activate the cone receptors in the human eye, making it extremely difficult to distinguish natural colors. The performance of the OnePlus 9 Series makes the camera perfect for capturing the phenomenon as nature intended. Never before seen in an urban location, OnePlus has recreated the Moonbow using high power light projections projected through a wall of fog under the light of the full moon, to bring the London Moonbow to life in front of Tower Bridge.

Kate Parkyn, Associate Marketing Director, OnePlus Europe, commented: “Moonbows are beautiful and rare and give those who see them the opportunity to witness a true natural phenomenon. By partnering with world-renowned camera manufacturer Hasselblad to create the OnePlus 9 Series, we have given people the opportunity to capture the world in beautiful, natural colors, showing their true colors - and also win the chance to travel. for the world ".