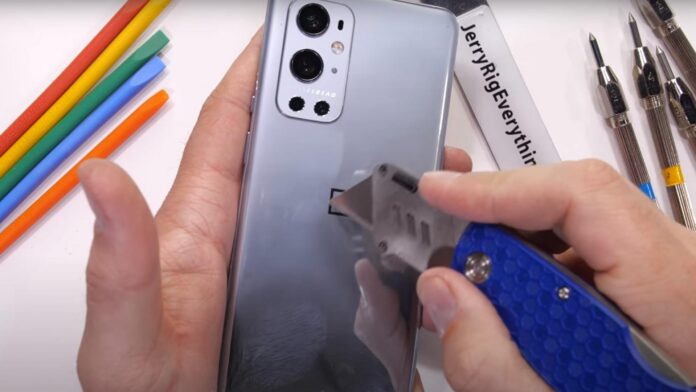 There is no peace for the new top of the range on the market: the latest one has just been launched OnePlus 9 Pro ends up in the clutches of JerryRigEverything for the first resistance test. The flagship of the Chinese house will have survived or will have met a bad end, as in the case of ROG Phone 5?

OnePlus 9 Pro: here's how it performed in the endurance tests

Obviously, for lovers of videos from the famous YouTube channel who love to see the super tops of the moment struggling with the various endurance tests, we will avoid in-depth spoilers, leaving you with the video. However, the answer to our opening question is No., OnePlus 9 Pro it hasn't broken in two like the ASUS gaming flagship. Overall, the OnePlus newcomer performed in a dignified manner throughout all stages of the test.

For the less accustomed we remember that the resistance tests of JerryRigEverything They are divided into three "tests". First the resistance to i is tested scratch the screen, the back cover, the perimeter frame and the various points of the smartphone; from the blade it then passes to a source of heat to test the duration of the panel. Finally comes the test of bending in which the shift device is subjected to a pressure at the central point to test the strength of the body.

Are you curious to know more about OnePlus 9? Then don't miss out our comparison with Xiaomi Mi 11: the definitive challenge of these first months of 2021! Also for those who aim to save, we remind you that the models of the OnePlus 8 are discounted at the lowest historical price.