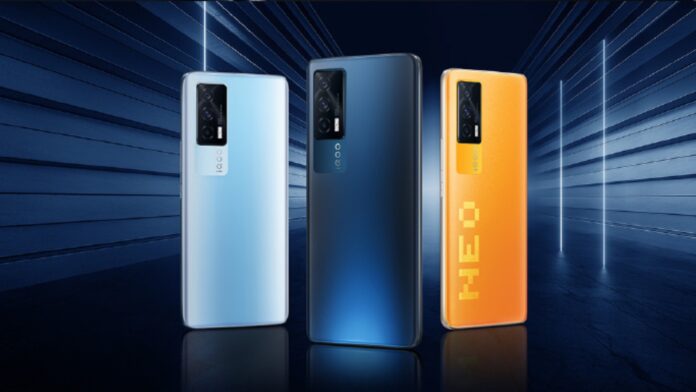 One of the elements that distinguishes iQOO, a subsidiary of vivo, is certainly the great quality / price ratio. And as well as for the own flagship Article 7, also the new one Neo 5 is equipped with a technical with technical respectable, mainly devoted to gaming while remaining in a range of price accessible.

iQOO Neo 5: everything you need to know

After the first rumors and leaks that showed step by step what the final design and display of the iQOO Neo 5, the brand has gradually started to show the official details for the next mid-top range with a reference to gaming. Starting from design, we have one back cover satin with a bumper chamber top left very similar to live but also to Article 7. The thickness, however, is not that generous and remains relatively thin when on 8.43 mm, for a weight of 196 grams.

For the colors, in addition to the already confirmed coloring satin black (or Mid-night Black), we also have one Cloudy Blue (light blue) e Pixel Orange (orange with pixel art details), which give a decidedly original soul to the smartphone.

Moving on to the display chapter of iQOO Neo 5, we find a resolution Full HD + on a diagonal from 6.62 ″ OLED E3 with central punch-hole. Other than that, we have a refresh rate at 120 Hz, with touch sampling at 300 Hz, while for instant touch sampling we arrive at a futuristic 1000 Hz, which double what was achieved by Red Magic 6. In addition, it has a peak brightness that reaches 1300 nits, but also support forHDR10 + e MEMC technology.

All these things are possible thanks to the new chipset independent image which allows not only all of the above, but also important energy savings and management of the But by the full GPU acceleration tech very thick, especially in rendering.

In addition, thanks to the electronics of the panel of the new "gaming" phone you can have realistic colors and very accurate details. In addition, the hardware allows you to keep these colors bright whether we are under a strong sunlight, whether we are al Moonlight, with very fast recovery times.

- intelligent algorithms integrated work in order to bring to the smartphone a viewing high quality content and a AI management of the latter in order to translate low resolution videos to high resolution.

The hardware compartment of iQOO Neo 5 it is certainly the one that most interests users in terms of performance, which will undoubtedly be of high profile thanks to the chipset Snapdragon 870, which touches frequency peaks of 3.2 GHz, with a performance boost of the 10%. The But by the full GPU acceleration tech, consequently, it is the Adreno 650. For the memory sector there are also no real compromises, with two versions from 8 e 12 GB di RAM, with the latter having an optimization 5.0 Multi-Turbo which makes them seem 15 GB, but also i 128 / 256 GB of storage UFS 3.1.

What intrigues is also the drum module, which after the first rumors is confirmed to be from 4.400 mAh with ultra-fast charging technology a 66W, which allows you to recharge your smartphone in just 30 minutes.

In addition to the basic hardware, we also have a technology of cooling with graphite plate capable of covering an area comparable to 6.000 square millimeters, with an improved action of the 210%.

For the software iQOO, as well as vivo, has adopted the new interface Origin OS, based on the operating system Android 11.

For the camera module iQOO pushes for a mid-range line, since the sensors are a Sony IMX589 from 48 MP for the primary (with OIS), A wide-angle lens da 13 MP and a sensor from 2 MP monochrome. The selfie camera, on the other hand, is from 16 MP.